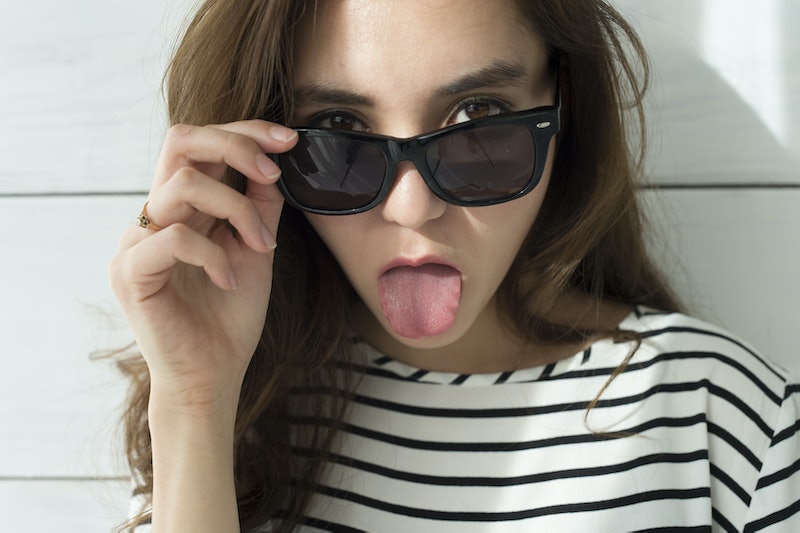 "Women are catty." "Most of my friends are guys." "Women are meaner to each other than men are." You've probably heard these claims from women and men alike. But their commonality doesn't make them true. There are so many reasons this catty woman trope has got to go. Yes, plenty of people have been victims of Mean Girls-style bullying, but when we perpetuate the idea that women are generally, exclusively, and inherently catty, we hurt all women.

Facebook COO Sheryl Sandberg and psychologist Adam Grant recently addressed this "mean girl" myth in a New York Times article. They cite a study in the Strategic Management Journal showing that actually, in workplace settings, women have an easier time climbing the corporate ladder when the chief executive is another woman. The person blocking women from moving up is most often a man. Sandberg and Grant cite a number of other studies showing that women tend to create more opportunities for women, not plot and scheme against them as stereotype would suggest.

Aside from being untrue, the "catty woman" trope is all kinds of problematic. Here are a few reasons we really need to get over this idea that women are catty.

1. It Perpetuates The Belief That Women Are Their Own Biggest Threat

The "catty girl" stereotype sometimes comes up in discussions about feminism. "But women experience the most sexism from other women," the argument goes. It all comes back to that same stereotype of jealous, catty women. This erases the fact that even though women may perpetuate patriarchal conventions, they didn't create them. Women are not women's greatest enemy, and neither are men — patriarchy is. The idea that women just decide on their own to make one another's lives more difficult is completely ridiculous and insulting.

2. It Perpetuates The "Cool Girl" Trope

When we talk about how catty women supposedly are, we encourage women to pride themselves on being "different." "You're not your average girl" has become a compliment, and saying "all my friends are guys" has become a form of bragging. Because people view women as catty, women feel pressure to separate themselves from their gender as a whole. The problem is, when we compliment someone on the grounds that they are not, well, who they are, we're really insulting them. We're also pitting women against one another by forcing them to choose between being associated with women and being highly regarded.

3. It Masks Actual Anger And Aggression In Women

The idea of the "catty" woman is often used to discount actual aggression and anger. Even the name is trivializing: When women are angry, they're depicted like little kittens clawing and scratching. Men's anger is often viewed as justified and even noble if it's about an important cause. When women are angry, they're supposedly just being hormonal or feisty. Men cause actual damage, we're taught, while women's anger is smaller — cute, even. Perhaps we're afraid to acknowledge that women have very powerful, real anger and aggression that can be used in both positive as negative ways — and this can have much more severe consequences than a cat ever could.

4. It Diminishes Women's Potential To Be Allies

When women are warned about one another and their "cattiness," they're taught that they can't trust other women. Rather than helping one another face sexism and all the other challenges live throws at them, they learn to keep one eye open and view one another as competition, especially for men.

5. It Promotes A Negative View Of Women

It goes without saying that the "catty" stereotype is not a positive one. It depicts women as myopic, unpleasant, and untrustworthy. While there certainly are women (and people of all genders) with these traits and women should not be put on a pedestal or heralded as angelic either, we definitely don't need another negative idea about women, and that's just what the "catty" stereotype is.