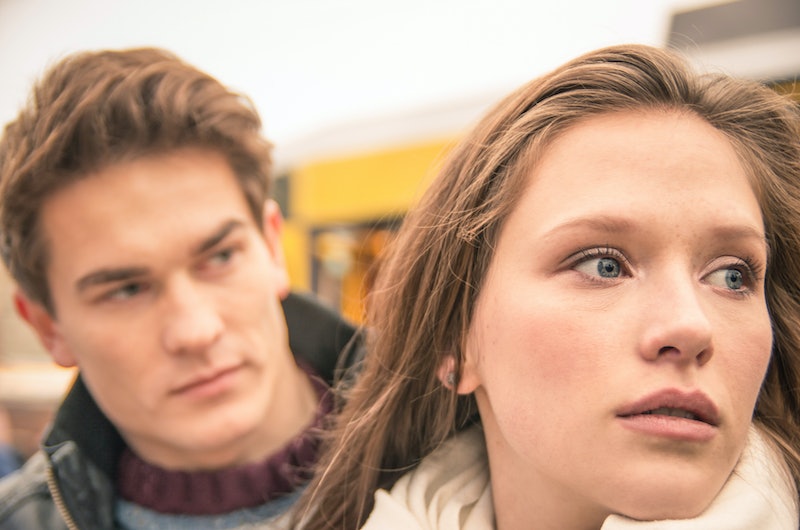 There's a real danger to cutting yourself off and pushing your partner away, new research finds. You've seen it happen in relationships — and maybe you've even done it yourself. You distance yourself by shutting down emotionally and that pushes your partner away. But a small new study shows that it is really the kiss of a death for a relationship. The study, from the University of Tennessee, looked at 217 undergrads in relationships and asked them about how sensitive they were to rejection and what they call "differentiation of self"— which is your sense of self, or how well you balance independence and dependence in a relationship. Finally, they looked at relationship satisfaction, to see how the first two characteristics affected how happy you were.

What they found was that those who were very sensitive to rejection had lower relationship satisfaction, but it was specifically through one facet of poor differentiation of self that played a roll. Differentiation of self can come in many forms, but emotional cutoff was the most significant here. As Business Insider explains:

So although cutting yourself off emotionally is one of the oldest self-protection tricks in the book, it actually hurts you in the long run. Or as the study authors said, "although individuals are attempting to reduce the potential for rejection, distance also reduces the potential for fulfilling, accepting, and intimate behaviors." You shut yourself down to the bad, but also the good.

How can you deal with it? Do your best to keep fear of rejection under control, and if you absolutely can't, make sure that you talk to your partner openly rather than shut down.

There are some other relationship-killers out there, according to research, make sure you keep your eyes open for these:

Dr. John Gottman, who's studied marriages for decades and has an amazing ability to predict how a couple will do in the long run, says that the number one predictor of divorce is contempt. If you and your partner treat each other with contempt, you've got a problem. Think dismissiveness, anger, disdain. It's bad news — try honest communication instead.

I know you love your phone, but you need to love your partner more, even though you can't play Bejeweled on them. Scrolling and screen times means we're going to bed later, not spending quality time in bed, and even checking our phones during sex. Yikes. It's not surprising then that a third of Brits said their technology was messing with their sex lives and relationships.

That's right, your account is messing with your relationship. Fifteen percent of people have said that Facebook is dangerous to your relationship, often because it sparks jealousy. Make sure to log off once in a while.