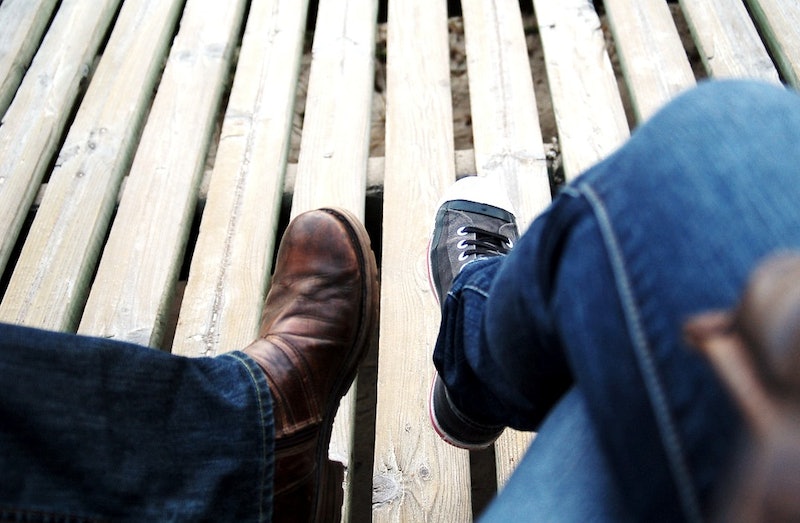 At one point each of us has had a moment when we’ve bent the truth — even if only in the slightest. Oppositely, we’ve all likely experienced the act of being lied to. When the lies are substantial, how should we handle it? There are tips for confronting a liar that we might consider when dealing with this dreaded situation.

Little lies are part of life. In fact, sometimes if we’re completely truthful at every turn we can come off as quite mean (for example, when a friend asks for your opinion on their new haircut which they love and you… aren't a fan). The white lies are everywhere, all the time. However, it’s the big lies that are the ones that can spark trouble. And as many of us can attest to, when someone close lies to us about something big, it can hurt. Many times we’re left wondering what to do. Do we bring it up to the person and try to work past it? Do we gloss over it? Are we sure enough that they’re lying that it’s even worth confronting them on? In this article I’ll talk about some ways to confront someone who has lied to you, and how to handle yourself internally following the lie — as this can be equally important in terms of how you view and trust the world moving forward. Here are 11 tips for confronting a liar.

1. Be Absolutely Sure The Liar Is, In Fact, Lying

It’s easy to jump the gun when we think someone is lying to us, especially when it’s someone whom we’re really close with. However, the first step you should take before confronting this person is ensuring he or she is actually lying. Double and triple check your sources and facts, according to Newsweek. Also, be attuned to the other signs someone is lying to you. I wrote a whole separate article on that here.

Sometimes the lie at hand might be so minor that confronting the person about it might not be in your best interest. Consider the lie fully and determine where it ranks in severity. The decision to confront the person should ultimately rely on the type of lie and the relationship with the liar, according to LIVESTRONG. Did your partner lie about cheating on you? Definitely worth confronting him or her. Did your coworker tell you a little white lie? Might be better off letting it pass.

Now, let’s say you’ve made the definite decision that you want to confront this person. You should head into the conversation feeling as confident as possible in the face of the lie, according to leadership expert Sheri Staak who penned a LinkedIn article on the topic. Having the right facts ready to present can help you with this confidence, but we’ll get to that in more detail shortly.

4. Come To The Table With Love

If the lie is especially big, it can feel incredibly difficult to not head into the conversation with fear, anger, and sadness. However, according to Kimberly Giles, life coach and founder & president of www.ldslifecoaching.com and www.claritypointcoaching.com, you should try your hardest to approach the conversation with love and compassion (if the person is someone you’re close with, that is). Giles wrote an article for KSL.com where she noted that when confronting a loved one who’s lied to you, the goal should be to make the relationship better by addressing and sorting out the lie, rather than turning it into an argument. By approaching the lie this way, you’ll help the conversation go in a better direction, Giles added.

5. Be Cautious Of Manipulation

According to Psych Central, if a liar is a particularly sneaky one, chances are he or she is an expert at manipulation — so be mindful of this when heading into the conversation. This means understanding that they may try to twist your words or twist the truth so that it lands in their favor. Psych Central suggested proceeding with caution with these kinds of manipulative liars, and not allowing them to turn the tables on you.

6. Be Sure To Have The Facts In Tow

Earlier we talked about heading into the conversation with the person who has lied to you with confidence. Part of that confidence is being certain that you’re bringing the true facts to the table. After all, the point here is to show the liar that you are certain they’ve lied to you. Dr. Travis Bradberry, emotional intelligence expert, penned an article for LinkedIn where he pointed to the importance of evidence when confronting a liar. According to Bradberry, without sufficient evidence, it’s possible you could end up being called the liar in the conversation — which you obviously want to avoid.

What you really want to avoid is crossing the line from a conversation about the lie to a all-around blow out over the lie. Keep calm, cool, and collected by keeping the tone conversational, according to Newsweek. The outlet suggested, for instance, approaching it like, “Hey, there is something I wanted to talk to you about,” and then chatting with him or her away from the crowd. The outlet also suggested using this conversational tone when going one to explain how this particular lie or set of lies affects you personally and your relationship with the other person. If you’re a hot-headed person, your first instinct might be to want to scream at the liar, but try your hardest to reign it back.

When you’re a ways into the conversation, you might find the liar is denying the lie(s) at hand, even though you’re certain they aren’t being truthful. What should you do? Don’t give up. Rather, start asking them some specific questions. According to Forbes, a great way to uncover the lie is by asking the right questions that make the person have to expose as specific information as possible. Hit them with all the questions you can think of. They might crack quicker than you’d think, according to Forbes.

9. Explain That You Won’t Tolerate Lying

When the lie has been fully discussed, you’ll of course have to decide whether you can mend the relationship or move on from it. If this is a relationship you wish to continue into the future and you’ve opted to forgive them, this person will need to understand that lying is not something you’re willing to tolerate, according to TheNest.com. Take a few moments after the lie has been fully discussed to then be certain the person knows you don’t appreciate lying from others and that in order for the relationship to be successful moving forward, you’ll need this person to be open and honest with you, as you plan to be with them as well, the outlet added.

10. Keep A Record Of The Conversation, When Possible

This isn’t always practical, but when possible try to keep a record of what happened in the conversation. One option, according to Bradberry, is to have a witness join you for the conversation to hear the liar’s words and confession (if he or she decides to confess). Another option is to have the conversation with the liar via written method — like email or text message — so that you have a trail of the conversation, Bradberry added.

When all is said and done, it should be time to reflect internally about the situation that just played out. According to Inc., after someone has lied to you — especially when it was someone you’re close with — it can slowly start to wear on you and potentially turn you into a mistrustful person. Try your best to explain to yourself that not everyone out there will lie to you, and that viewing the world that way will only serve to hurt rather than help you, according to the outlet.

It is never a pleasant realization when you find out someone has been lying to you. However, by following the steps above you can confront this person in the best way possible and manage to move on from the lie(s) at hand.

More like this
16 Valentine’s Day Quotes About Chocolate That Will Make You Hungry
By Emma Cueto
21 Galentine’s Day Memes To Celebrate Your Best Friends
By Meghan Bassett and Mia Mercado
23 Super Sweet Things To Write In A Valentine's Day Card
By Karen Belz and Lexi Inks
Here’s What TikTok's "Mascara” Trend Is *Really* About
By El Hunt
Get Even More From Bustle — Sign Up For The Newsletter
From hair trends to relationship advice, our daily newsletter has everything you need to sound like a person who’s on TikTok, even if you aren’t.