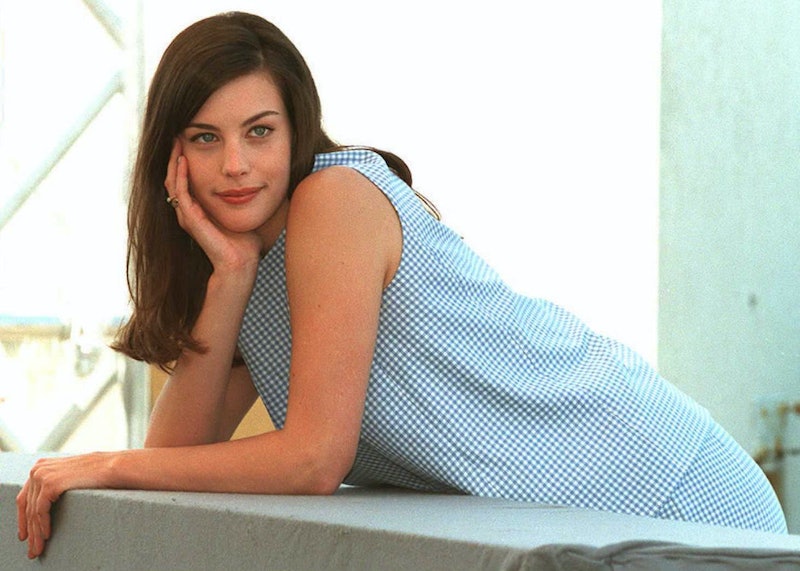 The '90s were a veritable treasure trove of beauty inspiration. From brown lipstick, to blue eyeshadow, the trends were as far-reaching as they come — and totally enviable. That said, are there some ways to bring them back? What are some modern ways to recreate your favorite '90s looks?

Luckily for all us nostalgia-filled '90s makeup fans out there, a lot of the looks are already back — take the ever-popular brown-toned lip, for example. It's one of the hottest looks around, and we have the '90s to thank for it. Other trends weren't so lucky — overplucked eyebrows are decidedly out, but you can still have your eyebrow game on fleek, thanks to the all the popular pencils, pomades (and even temporary tattoos) out there. There's a happy medium, too — some trends have evolved to fit today's beauty standards, but still have a touch of the '90s to them. Roll-on glitter gel has become highlighters, and lip pencils have become chubby lip crayons.

With all that in mind, there are a lot of ways to worship at the altar of '90s beauty, be it with historically accurate tutorial videos, or with purchasing a whole slew of matte lip products over at Colourpop — or by simply dabbing on your favorite pressed powder.

The mauve-y/brown lip is easily one of the most recognizable of the recently resurrected '90s trends — it's a look many of the It Girls of today are rocking, including the ever-popular Kardashian-Jenner set.

Luckily, brown-tone matte lipsticks are everywhere now — just about every brand from drugstore to high-end has taken on the trend.

Colourpop's immovable, unshakeable (and affordable) liquid lipsticks might just be the answer to all your '90s prayers.

2. All The Earth Tones

Let's all take a moment to appreciate the fact that mood lipstick is officially back.

This relatively lowkey look from YouTuber Tanya Burr perfectly captures that '90s glam we know and love, and its casual enough to wear to work or school (though you might want to save the lashes for a bigger occasion).

The super glittery look may have its roots in the '90s, but it's found new traction today — except now we call it "strobing." Highlighters and illuminators are some of the most popular products around, and while going full Drew-in-Ever-After might be a little too sparkly, you can definitely rock the same lit-from-within glow.

Glossier's Haloscope is new on the scene, but it's already a versatile cult-fave.

Speaking of Barrymore, did you know she had a '90s makeup tutorial up on YouTube? She has a lot of great tips — after all, as she says in the video (with her trademark down-to-earth charm), "As a girl who did a lot of makeup in the '90s, I feel like I should have something to offer on the subject."

We've talked a lot about neutrals and earth tones, but pastels were also seriously popular back in the day.

The '90s were all about lip liner, and while it's not exactly a popular product these days, you know what is? Chubby lip crayons. Yep, the lip pencil has pretty much been reborn as the chubby lip crayon.

Now, if you're a fan of the whole lip liner look, just be sure to pay homage to Cher Horowitz with your shade selection — in other words, go for a bright, bright pink.

Add a tattoo choker, and you're totally good to go.

The women of Twin Peaks may have been dealing with a lot of murders and creepy supernatural happenings, but their beauty look was always on fleek. There were various makeup styles featured on the show, but the most popular of all was an ultra-matte complexion paired with an equally matte red lip.

To steal the look, top off your usual foundation with a setting powder, and finish with a deep crimson lipstick.

The '90s was the age of the supermodel, and the makeup was as correspondingly fabulous as you'd expect.

That said, if you're looking for a slightly more updated take on the trend, Pixiwoo also has a video explaining how to get Gigi Hadid's modern take on the '90s.