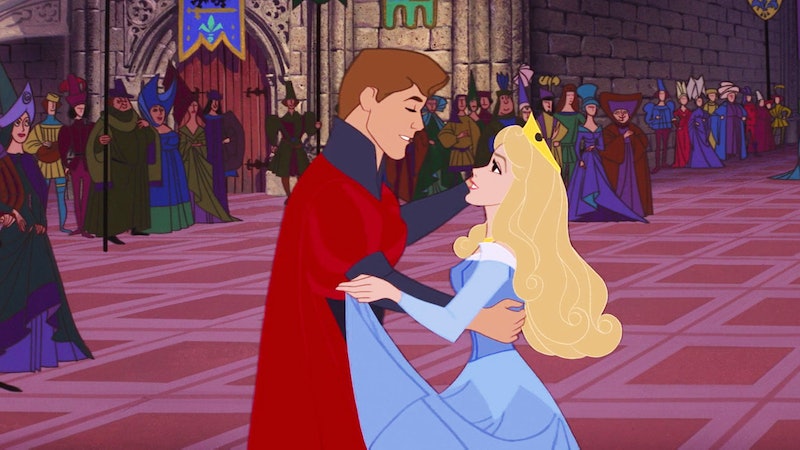 Writers have a long history of being inspired by fairy tales and other classics. Fairy tale retellings are having a moment, especially in the world of young adult literature, and readers have been treated to fantastic stories that retell the stories of Cinderella, Beauty and the Beast, Rapunzal, Snow White, and more. Some of my favorites include Cinder , the first installment in Marissa Meyer's The Lunar Chronicles, Cruel Beauty , Rosamund Hodge's sensual Beauty and the Beast retelling, and The Summer Of Chasing Mermaids, a version of The Little Mermaid written by Sarah Ockler.

Author and Paper Lantern Lit co-founder Lexa Hillyer is also in love with fairy tales retellings. Her new young adult novel, Spindle Fire , which is set to publish in April 2017, is a spin (get it?) on the story of Sleeping Beauty. But as you’ll probably figure out from the list below, her book is more than just a retelling — it’s an epic fantasy all its own. Bustle chatted with Hillyer, and we got her to share 10 tricks she used to shake things up a bit in her forthcoming novel.

Here are 10 ways to spice up a fairy tale retelling, as told by Lexa Hillyer:

1. Give the princess an illegitimate half-sister who takes sh*t from no one.

3. Redefine what it means for Sleeping Beauty to be asleep. (So if she’s not asleep…what’s she up to?)

4. Put that sister mentioned before on a journey through a wintery landscape to find herself. Kind of like in Frozen, but without the talking snowmen and with a lot more danger. Also? The sister’s blind.

5. Have the prince fall in love with the wrong girl.

6. Throw in a talking panther. Because. Possibly a wounded narwhal, too. Because also.

8. If you’re looking for a refreshing location for an intimate conversation, try a coffin.

9. Now add a dash of nuns with secrets, a pinch of trees that trade places, a wolf that was once a princess, a never-cooling cup of tea, several kingdoms on the brink of war, steamy sexual tensions in a sauna, and a gazillion bajillion feels.

10. And finally, make sure there are several good twists on the concept of True Love. It’s not what you think. Promise.