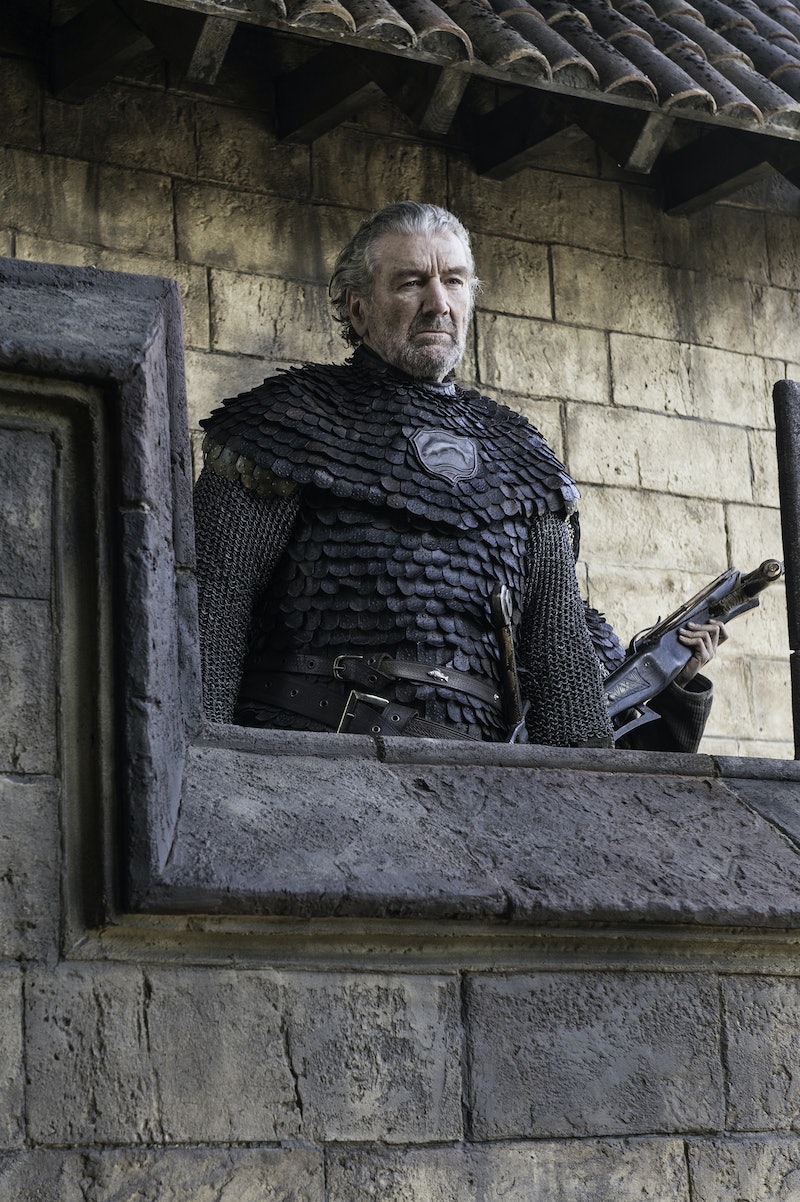 After the heart-stopping end of Season 6, Game of Thrones fans are likely still recovering and starting to slide into the withdrawal phase. After all, we have a long 10 months to suffer with the questions that we were left with after the finale. Season 7 has a lot of things to unpack, and it can't come soon enough. While we wait for our beloved characters to return to our living rooms, we can start theorizing about what is to come. In Season 6, we simultaneously got The Blackfish back into our lives and then we lost him in an instant. But is The Blackfish going to return in Game of Thrones Season 7?

It might just happen, friends. Last we heard, Jaime's men had overtaken Riverrun by offering up Edmure Tully. It was said that The Blackfish was killed in the battle when the siege was allowed to pass through the gates. Here is the thing, though: We never saw him die. You know that's not keeping with the Game of Thrones code of conduct. If a character dies, we see them go in all their bloody glory. Whenever a character has only been talked about being offed, they usually end up being alive. We always see real deaths onscreen. Think about it, The Hound and Uncle Benjin were both just assumed to be dead. Spoiler alert: They were not.

The Blackfish very well could have swam away or escaped in a boat. Maybe Jaime allowed him to go because of his fondness for Brienne and his knowledge that she needed him for Sansa's cause. Brienne and Jaime shared a really special moment in the tent before she was allowed to cross the siege lines and speak to The Blackfish. Jaime seems to truly care for her. I could see him doing her a solid.

I don't think we can count on Edmure being the nice guy here and letting his uncle go. Remember, Jaime's men had him in a noose and a knife to his throat while they negotiated with The Blackfish and he basically said, "Go ahead and kill him." So, if it's up to Edmure, we might be out of luck.

Luckily we also have the tiny fact that the books had The Blackfish surviving and escaping by water. The show is certainly following the books in a lot of ways, even though they have technically surpassed them now. In any case, I truly think we have not seen the last of The Blackfish. Just remember, if you don't see a character die, it may not have happened at all.