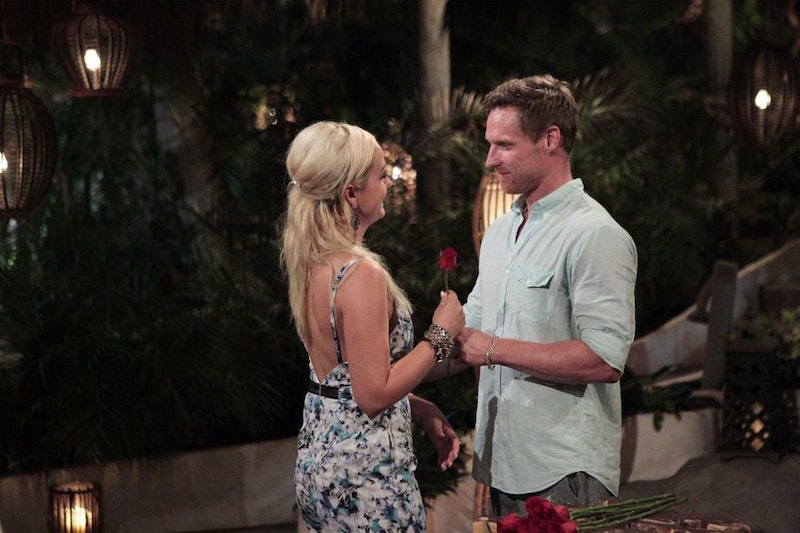 Bachelor in Paradise may take place on a serene, beautiful beach, but once the contestants start showing up, it basically becomes a battlefield. And, while BiP has occasionally made a successful couple, there's been significantly more unsuccessful ones. In just two seasons, Bachelor in Paradise 's worst breakups already rival those from The Bachelor and The Bachelorette, proving that even though these contestants may have already competed in one reality show, that doesn't guarantee romantic success. But, the cast's surprising vulnerability combined with their willingness to document their romantic woes for everyone sitting at home is what makes the show's many, many breakups so entertaining.

The one thing that makes Bachelor in Paradise uniquely qualified to deliver the Bachelor's most dramatic breakup scenes is that everyone gets the chance to give the killing blow. Since the cast alternates date choice and rose ceremony between guys and ladies, both genders get the opportunity to crush their budding romances. And, even though the show is filmed over a condensed period of time, I think that just makes the relationships they form even stronger — consider it the summer camp effect. Season 3 is about to premiere, so these rankings will probably be totally toppled after Aug. 2, but for now, relive the best, worst, and most cringeworthy breakups in Bachelor in Paradise's history.

This breakup was surprisingly practical: Tenley was concerned about whether they could handle the long distance commitment. But even though the breakup made sense, it was no less tough to watch. Tenley was very popular in Paradise Season 2, but she paired up with Joshua after just a couple of episodes. But, I guess she would rather leave their relationship as a fling rather than break up after heading back to their different corners of the country.

An ex got between Ashley and Jared — it just so happened that, hot off of the previous season of The Bachelorette, that ex was Kaitlyn. Not super dramatic, but definitely relatable. But consider this a tribute to Ashely I., who may have spilled more tears in Paradise than everyone else combined, and even went as far as to call Kaitlyn to tattle on Jared's "obsession" with her.

After all the drama that got them together, Joe and Samantha didn't even stay together! That was possibly the biggest disappointment of Season 2, that ultimately, the couple who thought they could outsmart the show wound up not delivering much of a spark.

After their season-long relationship was almost incident-free, they seemed destined to have a double wedding with Tanner and Jade. But just as the couple's biggest intimacy test, the overnight date, loomed, Kirk dumped Carly and left the show. It was such a bad breakup, everyone else in Paradise immediately turned on Kirk.

Have you ever liked someone just a little bit more than they like you? Well, multiply that by ten thousand and that's what happened to poor Elise. Dylan constantly played hot and cold, ultimately choosing to reject her rose at the rose ceremony. And like all dumpees, Elise responded by rebounding in the worst way possible — running away (in both a romantic and literal fashion) with five-time show star Chris Bukowski.

No one has been treated worse on The Bachelor franchise than Clare. She was dumped by Juan Pablo, kicked around on Paradise Season 1, and then criticized for returning to Paradise Season 2. Which made it totally satisfying when Clare decided to cause a cliffhanger over whether she was going to stick around, then tragedy when she offered to give the show one more chance, only to be rejected in the next episode. I'm hoping Clare finds real love outside of the Bachelor.

These two had made it all the way to the finale, when abruptly problems arose. Sarah felt a distance between her and Robert, which led her to have a heart-to-heart that ended with Robert leaving Sarah and the show behind. People may be skeptical about reality TV relationships, but the cold feet they inspire is totally real.

Foiled by the show's staggered arrival schedule, Juelia though she was forming a relationship with Joe, but he was knowingly just using her in order to wait it out until Samantha, who'd he been in contact with before BiP started filming. Total jerk move.

AshLee repeatedly said that the only reason that she came to Paradise was because she already had a crush on Graham. And Graham is a nice guy, so he was willing to give the relationship a chance, even though he was freaked out by AshLee's talk of staying together "forever." That just made their eventual breakup even more brutal. When Graham finally realized that he couldn't do it anymore, with a prompt from Michelle Money, it was almost unwatchable — but it stayed just on the side of totally, completely watchable.

This shouldn't count, because it happened off camera, but I'm still putting it as the number one Bachelor in Paradise breakup. These two were literally inseparable from the first few seconds on the show, spent all seven episodes on top of one another, and even had a wedding ceremony in the premiere of Season 2. But according to Marcus' interview with People , their life together was allegedly "toxic."