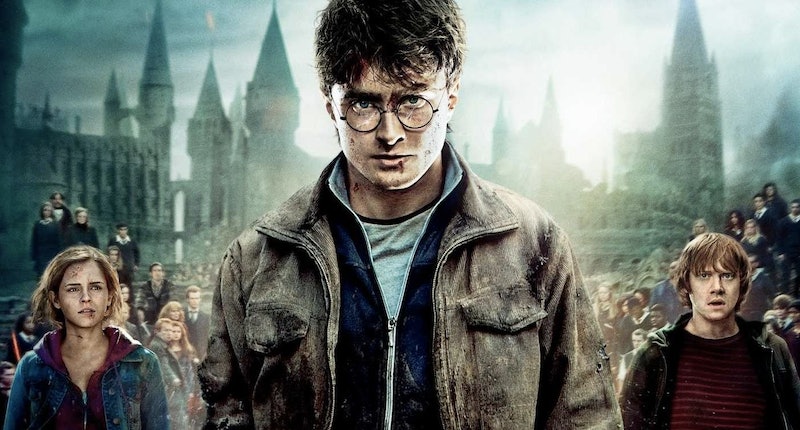 It’s been five years since we watched the very last film in the Harry Potter series on the big screen, and while many fans have probably watched it dozens of times at this point, I decided to rewatch it after a half-decade. I thought I remembered most of it, but as it turns out, five years is a long time. After all, I was 21 when it was released and who remembers anything from when they were 21? Five years later, I sat down and honored the anniversary of Harry Potter and The Deathly Hallows: Part 2 . Congratulations J.K. Rowling, it’s still pretty freaking awesome.

In case you forgot, the second part of the Deathly Hallows includes the epic final battle between good and evil. After seven years of Voldemort trying to be cool again, he fails, finally dying (or so we think). I’m pretty sure in another ten years Harry Potter will be back with a whole new adventure.

1. Griphook And Professor Flitwick Are The Same Person

Who knew that Warwick Davis played both Griphook and Flitwick throughout the seven films? Kudos to the goblin make-up people!

He obviously didn’t take polyjuice potion, so who is he meant to be? They just kind of gave him a trench coat and a fake mustache, but he looks like Ron Weasley.

Take it from me, it’s not that hard to act like a bitch when need be. She even walks like a weirdo when she’s transformed into Bellatrix. Harry could have done it better.

For a place that is supposed to be impossible to break into, it happens twice over the course of seven years. Considering Professor Quirrell and a few teenagers can do it, I think a pretty average adult wizard could too.

It’s a totally different story when you rewatch the film knowing that Snape has actually been protecting Harry the whole time. I mean, I know Snape had his jerk moments, but Harry treats him like garbage when he was just in love with his mom. Stop being a dick, Harry!

I won’t lie, when Dumbledore looks at Snape and says, “After all this time?” and he replies, “Always.” I bawled. Alan Rickman remains one of the best actors and it’s also a different experience watching the movie since he passed away.

“Not my daughter, you bitch,” she yells before straight up murdering Bellatrix. Hands down one of the best moments of any Harry Potter film. Don’t mess with Molly Weasley.

I don’t care how much Harry talks in his sleep, it seems pretty impossible to just pick up parseltongue. Harry didn’t even know when he was speaking it or how to do it. Just sayin’.

9. What Happened To Crabbe?

Who is this guy? When did Malfoy replace Crabbe?

He lights the entire room on fire and then falls into the flame. Pretty much a suicide.

Hogwarts gets literally destroyed by the battle. Filch can’t possibly clean all that up.

She may have been super annoying, but getting eaten by a werewolf is pretty gross. Poor Lavender!

13. Dumbledore Is Kind Of A Jerk

When Harry is looking at Snape’s flashback and Dumbledore says, “Don’t tell me now that you’ve grown to care for the boy.” That’s pretty damn rude considering Harry always blindly followed Dumbledore and trusted him.

The entire time Harry is in limbo, Dumbledore is just saying things in puzzles. Just spit it out Dumbledore. Even when you’re dead you can’t just give a simple answer.

15. The Best Part Of The Movie

Get out of the way, bitch. (Voldemort pushing Bellatrix over)

16. The Most Awkward Hug Of All Time

This is literally the first time Voldemort has hugged anyone, ever.

And it’s time we acknowledged it.

18. Are Neville And Luna Married At The End?

It’s a gross injustice that we see Malfoy in the epilogue, but never learn if Neville and Luna got married. Yes, I googled this after the fact and she has said they don’t end up together, but I wish they would have.