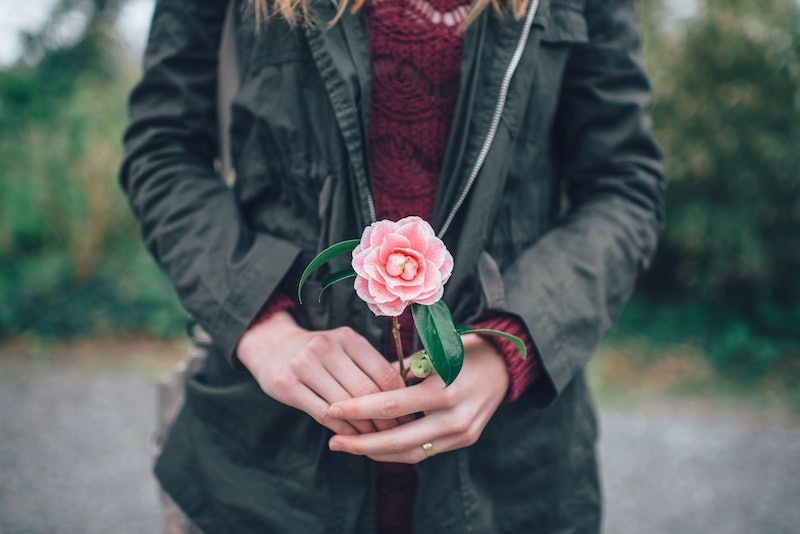 Most of us go out of our way to be polite, whether it be holding a door open, saying thank you all day long, or complimenting someone's dress. We all know that it's nice to be nice, and that it can really make someone's day. And yet, there are some people who seem to go above and beyond the call of politeness, to the point where they are exceedingly, and wonderfully, well-mannered.

And aren't they just the best to be around? It's impossible to hang out with them without feeling great, and it's impossible to leave their presence without feeling like your day was drastically improved. Where you might usually feel ignored, polite people make you feel like the center of the universe. And where you might usually feel awkward, they can magically put your at ease.

Of course it's fine to have everyday, run-of-the-mill politeness. (That's not really up for debate.) But sometimes life calls for laying it on thick. Think about networking events, important dinner dates, or parties where you don't know anyone. Politeness clearly pays off in such circumstances, and makes it easier on everyone.

So if you want to up your politeness factor for good, or simply want to pick up some tricks for special occasions, here are some the habits of incredibly polite people.

1. They Live In The Moment

Have you ever been telling a story, only to notice your friend's eyes darting towards her phone? Or worse, she actually starts scrolling her texts while you're still talking? Even though this is so common, it's hard not to feel hurt, or ignored. And that's why polite people wouldn't dream of doing such a thing. They keep their phone off or away, according to etiquette expert Debby Mayne on Etiqutte.About.com, and offer up undivided attention.

2. They Always Use Your Name

Not only will polite people remember your name, but they'll always stick with the version you gave them — no nicknames or embellishments added. "They call you what you asked — or later ask — to be called because it's your right to be addressed in the way you wish to be addressed," said Jeff Haden on Inc.com. It's a simple way to show others some respect.

3. They Don't Want To Make You Feel Uncomfortable

Polite people will obviously hug you back, and shake your hand. But they won't go further unless it's clearly OK. "Some people don't even realize they're touching you, but they definitely notice when you touch them, said Haden. "That makes them feel uncomfortable, and discomfort is the last way polite people want other people to feel."

4. They Say Thanks In A Timely Fashion

Remember being a kid and writing thank you cards for each and every birthday present? Sure, you thanked everyone for the gifts at your party. And yet your parents knew the importance of a handwritten card. These days, it's sort of a dying art, but the politest people still manage to find the time.

There are all sorts of reasons not to make snap judgements, and one of them is that it's not very polite. The well-mannered types of the world keep their rude thoughts to themselves — or simply don't think them at all. This leaves room open for meeting new people, despite bad first impressions, according to Paul Ford in Reader's Digest. And it also simply makes the world a better place.

Unless they're with their best friends, polite people save the TMI stories for later. Because even though personal stories may seem funny or relatable, they often just end up making everyone uncomfortable. "Most people you don't know very well prefer not to hear every detail of your health or love life," said Mayne. "They also don't need to know how much money you make or how much you paid for what you're wearing." A polite person never tells.

7. They Don't Get Awkward

When polite people hear bad news — their friend was fired, their coworker was dumped — they artfully acknowledge the proverbial elephant in the room. Expressing their condolences is super sweet, and it means everyone can move on. "Your friend is no longer wondering if and when you might mention it, and you are no longer wondering whether you should," said Haden. It's the much better, and politer, course of action.

The one thing a polite person will never do is stand front and center and air everyone else's dirty laundry. They keep what they know to themselves, according to Mayne, since they recognize that a) it's not necessarily true, b) gossiping only makes them look bad, and c) it's not their info to tell.

9. They'd Never Overwhelm You With Opinions

Whenever touchy topics come up, like politics or religion, polite people are totally down to talk about them. They won't, however, start trying to sway your opinion. "Remarkably polite people know that what is right for them might not be right for others — and even if it is right, it is not their place to decide that for you," Haden said.

10. They Excuse Themselves From Conversations

We've all found ourselves wrapped up in an unending conversation, whether it be at a bar, networking event, or party. And yes, there's always that huge temptation to slip away, or slowly (and awkwardly) back out of the convo. Polite people feel this same excruciating desire, and yet to go about it with a touch of grace. They might say something like, "I’m sorry to leave so quickly, but it’s been a pleasure and I hope we can reconnect soon," according to Aja Frost on TheMuse.com. That's often all that's necessary.

11. They Put Everyone At Ease

Whether you're approaching them at a party, or running into them on the street, polite people have the magic ability to put everyone at ease. They smile and extend their hand, or offer a warm greeting, according to Mayne. They'll also use your name (the right one), and always know how to get the convo starting. Seriously, where would we be without these types?

The cool thing, though, is that you can be this polite, too. All it takes is a little tact, and some manners, and you'll soon be perfectly polite.