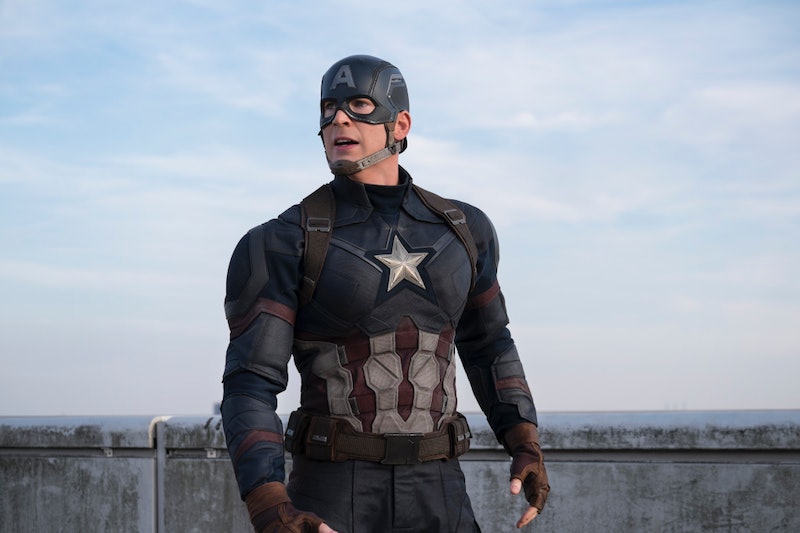 In 2016, Captain America turns 75. To celebrate, the Avenger will be getting a statue made in his honor. As USA Today reports, Marvel will unveil a massive, 13 foot tall bronze statue of Captain America at San Diego's Comic-Con, before it takes permanent residence in Cap's hometown of Brooklyn. The statue will be given a special dedication ceremony on August 10. Paul Gitter, senior vice president of licensing for Marvel at Disney Consumer Products and Interactive Media, had some choice words regarding Cap's impact. "For the past 75 years, Captain America has inspired generations of fans serving as the ultimate global icon for freedom, strength and doing the right thing," he said, according to USA Today's exclusive report.

The statue, which will be kept at Brooklyn's Prospect Park, will feature an inscribed quote from Captain America: The First Avenger: “I’m just a kid from Brooklyn.” (This was Steve's Rogers's rebuttal to the Red Skull when he asked him what made the superhero so special.) Since Jack Kirby and Joe Simon created him back in 1941, Captain America has been both a special and integral part of Marvel. Currently, he's played by Chris Evans in the Marvel cinematic universe. All three Marvel Studios film headlined by Cap have dominated the box office, so it's safe to say that the superhero has sustained his hold over audiences.

According to Gitter, Cap's pose was “symbolically chosen to showcase the impressive strength of Captain America and his stoic form. Captain America’s signature shield also takes prominence, paying homage to his heroism, indestructible power and determination.” It's all so beautiful. A beautiful, wonderful homage.

If you won't be at San Diego Comic-Con from July 20 to 24 or in Brooklyn once Cap gets home, Comicave Studies (the studio responsible for designing the statue along with Marvel) will be selling much smaller, limited edition replicas online. To honor Cap's 75th year, you'll be able to order 12 inch statues in bronze, and 35 inch statues in pewter.

Glitter also added, "We hope that when fans see the statue, they will think back to a favorite comic book, treasured action figure or even be transported back to a special time and place in their lives where Captain America’s values played influence."

If there's anything that can inspire others to think about Captain America's values and significance, it's an enormous statue of him, right?