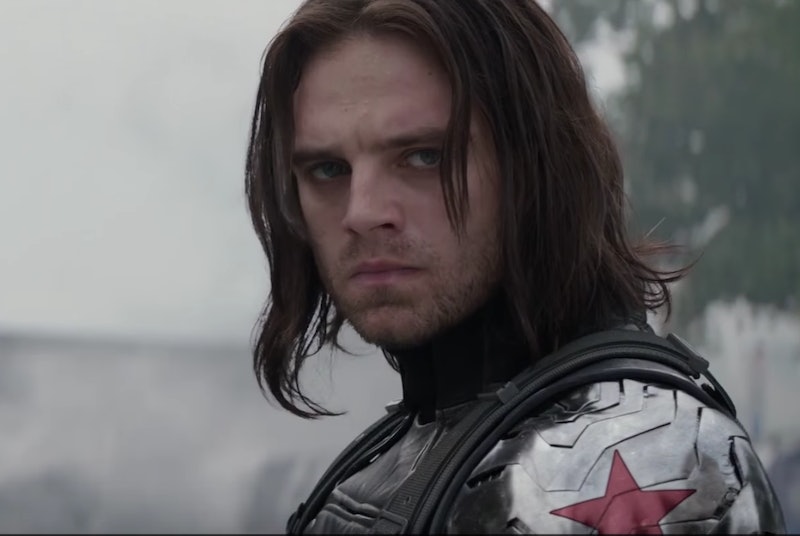 The political aspects of Captain America: Civil War are pretty clear. On Team Iron Man, there's the belief that power should not be exercised without control, that government officials should be in charge of super people. On Team Cap, however, those super people are hesitant to accept the control of a corrupt(able) government alliance. It's a conflict that creates most of the dramatic tension in Civil War , but the movie isn't really about the intersection of politics and protection or justice — it's about agency. Civil War puts agency front and center in the Marvel Universe and brings Captain America's super soldier journey to a fascinating climax.

Over the course of three films, we've seen Captain America grow from a man desperate to follow orders (The First Avenger), to a man who questions them (The Winter Soldier), and finally to a hero who rejects them (Civil War). "Cap goes on a journey, from being a patriot in a black-and-white conflict to a complete insurgent," co-director Joe Russo explained in an interview with The Washington Post. It's true that the politics of Civil War make Cap somewhat of a rebel, but it would be a mistake to get too wrapped up in the political consequences of Civil War.

The fact is that Captain America is less about politics than it is the power of agency, or the power of being able to make your own choices. The threat of the Sokovian Accords is crucial to the film, don't get me wrong, but the theme of the movie isn't the question of government oversight, it's how important agency is to any existence. The most obvious example of this is the character of Bucky Barnes/The Winter Soldier. After the events of The Winter Soldier, Bucky has retired from his life as a HYDRA assassin, but still finds himself struggling with the remnants of his brainwashing. Oh, and he's also being hunted for a potential terrorist attack (as well as crimes from his HYDRA past).

The character of the Winter Soldier forces audiences to ask: Is a person responsible for their actions if they were brainwashed? In other words, can we punish Bucky for crimes he committed when he was without his agency? According to Tony, the answer is "yes." Whether or not he was technically powerless to stop himself, Bucky responsible in Tony's eyes because Tony wants to be held responsible for his own actions — for creating Ultron and almost destroying the planet.

This theme is also key to the increased roles of Scarlet Witch and Black Widow (otherwise known as Wanda and Natasha). In Civil War, Scarlet Witch (spoiler alert) inadvertently contributed to the deaths of innocent civilians. (Though, let's be real, had she not tried to control the blast from Crossbones' bomb, wouldn't it have still killed innocents? She saved Cap, that should really count for something.) But, should making a mistake in battle translate to a loss of freedom?In the end, she decides that it shouldn't, hence her move from Team sort-of Iron Man to firmly Team Cap. Black Widow has a somewhat similar realization when she decides to help Team Cap instead of Team Iron Man at a crucial moment. Plus, it should also be noted that the very fact the female characters in Civil War exercise their agency is what helps make the movie so exciting, and revolutionary for superhero movies in the MCU.

Civil War is the perfect piece to (potentially) end the Captain America film series because it gets to the heart of what makes a hero and what makes a villain. Since his first outing, Captain America has put a premium on one's influence over their own decisions. His self-determination made him a super soldier and superhero. Any attempt to limit one's ability to control their own destiny is, for Cap, a potential evil. Agency is key to Cap's story — there is no guilt and no heroism without it.