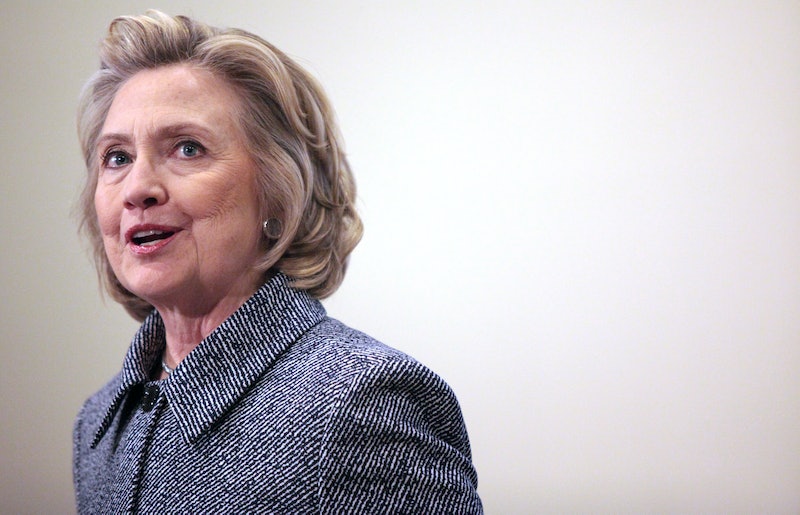 In a press conference Tuesday, FBI Director James Comey said that his agency will not recommend filing charges against Hillary Clinton, the presumptive Democratic presidential nominee, over her use of a private email server during her time as secretary of state. In his press conference, Comey said that, although there was no clear evidence of intentional misconduct, "there is evidence that [Clinton and her State Department staff] were extremely careless of very sensitive, highly classified information." Does Comey's recommendation mean Clinton is now in the clear? Or could Clinton still be indicted for Emailgate?

Although Comey said that "no reasonable prosecutor" would bring charges against Clinton, this does not mean that Clinton gets full or official immunity from any charges in the weeks and months to come. As Comey explained in his statement, the Department of Justice, under the supervision of Attorney General Loretta Lynch, will make the final decision. That is why the fact that Clinton's husband, former president Bill Clinton, met privately with Lynch when both were at a Phoenix airport was such a big deal.

In light of the uproar, Lynch announced last week she would follow the recommendation of the FBI. Speaking at the Aspen Institute Ideas Festival in Colorado, Lynch admitted that her chat with Clinton “has now cast a shadow over how this case will be perceived." Considering Lynch has publicly stated she will defer to the FBI's recommendations, it is unlikely that any charges will follow from the Department of Justice.

But what about other types of repercussions? CNN Justice Correspondent Evan Perez told the news network that in situations in which an employee is accused of violating security, you normally don't bring criminal charges. However, employers can hand out administrative sanctions to regular employees. Perez said, "That means that a normal person, if you weren't secretary of state, you might have your security clearance removed. Or when you apply for a security clearance next time, they will have a letter in your file that'll make it more difficult for you to get that security clearance." Given that Clinton is no longer an employee of the federal government, these types of sanctions are about as likely as criminal charges.

For those unsatisfied with the end results of Clinton's email scandal, there are still repercussions when it comes to the election. An ABC News poll shows Clinton up by five points over Trump, a slight dip from the previous week. But how long will the lead last when the court of public opinion sinks its teeth into the FBI's announcement? Top GOP brass are already criticizing the recommendation and casting shadows on Clinton. House Speaker Paul Ryan released a statement and tweeted, "While I respect the professionals at the FBI, this announcement defies explanation. No one should be above the law."