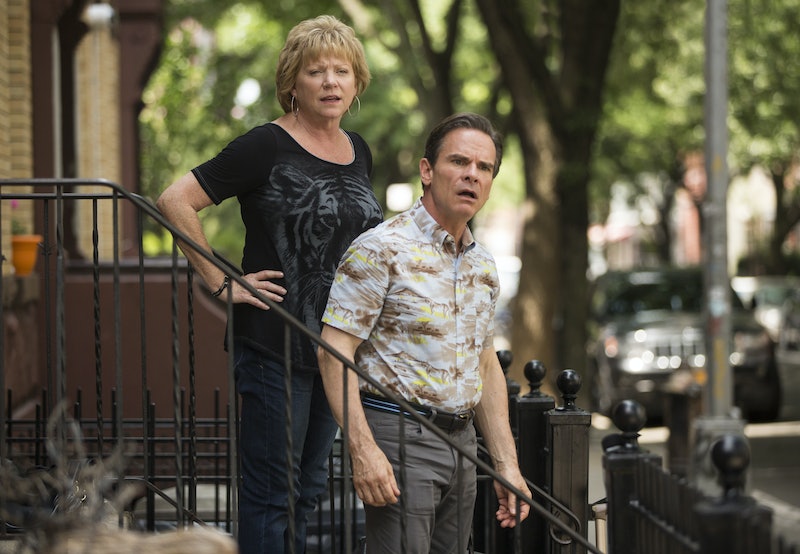 It takes a lot of time, energy, and emotional intelligence to maintain a healthy adult connection to our parents. Sometimes it's even more tiring than keeping our romantic relationships afloat. The generational gap between us and our parents is a significant one, and oftentimes, we simply see the world in contrasting ways.

Studies show that millennials are more tolerant than our parents' generation, especially when it comes to marriage and family values. We're also more open to change, more supportive of non-traditional lifestyles, and more fluent in technology use (but, duh). So no matter how much love and affection there may be between you and your parents, there may be some matters you never really agree on, merely because you're from different eras. When your differences rise to the surface (and don't think for a second that they won't), try not to let yourself get affected too much by what they have to say. You don't have to explain your lifestyle choices to anyone — not even the people who raised you.

Here are nine things your parents may guilt trip you about that you shouldn't feel bad for.

1. Not Going To Visit Them Often Enough

Most of the time, parents just want to see us as much as they can. Ever since you moved out, things have never really been the same, and they miss you, understandably. But sometimes, parents can get sentiment mixed up with passive aggressiveness. They take a dig at us for choosing to spend Thanksgiving with our friends, when what they're really trying to say is that they wish you would've been with them instead.

As important as it is to see our parents regularly, you shouldn't ever feel guilty for not spending every spare second or holiday you have with them. You have your own life now, and they brought you into the world so that you could enjoy it. If you feel happy with how often you're seeing them, don't let them make you remorseful for not being with them all the time.

2. Not Defining Your Sexuality Or Gender In A Specific Way

We used to be caught up in labeling people — gay, bisexual, straight, etc. — but millennials are slowly moving away from that need. In fact, 53 percent of bisexual Americans claim their sexuality isn't really that important to defining their identity at all. These days, people are realizing that sexuality and gender can be a fluid concept, not a title you have to announce at a young age and stick to for the rest of your life.

If you're a person who either doesn't buy into sexual or gender orientation labels or just isn't sure yet which category you fall into, don't be surprised if your parents pressure you into choosing. They may still be stuck in their own mindset, and that's not a reflection on who you are at all. Disregard them when they say you need to decide on your sexuality or gender identity, because you don't need to attach any labels to yourself in order to be considered worthy.

It's no secret that the institution of marriage isn't quite as popular as it once was. Millennials today are twice as likely to never get married as folks who lived 50 years ago were. It's got nothing to do with how committed we are to our partners or whether we want to spend the rest of our lives with one person. It's just that marriage doesn't hold the same importance for us as it did for our parents.

If your parents ever make you feel embarrassed about not getting married or having a wedding, just remember that they come from a different time. Although those values may be extremely important to them, that doesn't mean you have to take them on as your own. As long as you do what's right for you and stay happy, they'll eventually come around and see your side.

The average American woman today has 1.9 children, compared to the 3.7 kids she would've popped out in 1960. In other words, the number of women today who don't have children is much higher now than it was back then, largely due to better access to contraception, but also partly because of different societal expectations.

While it may sound crazy to your parents to choose a kid-free life, don't let them make you feel bad for this decision. If you ever feel overwhelmed by their commentary, just find one of the other thousands of women out there who have chosen not to have children. Have a few wines together and vent away.

5. Having Kids Without Getting Married First

I mentioned once to my parents that I have no plans to get married but I may want kids one day, and my mom nearly fell off her chair in disbelief. "You have to get married before you have children," she said with wide eyes. Hate to break it to you, Mom, but you really don't.

In 1980, 61 percent of American children came from and lived in a "traditional" home, which included two parents who were married. Today, only 46 percent of kids come from a household. More kids than ever before are being born to moms who aren't married. The concept of a "normal" family is rapidly changing and we're the ones making our own rules now. There's nothing about that worth apologizing for.

6. Having Kids Much Later In Life

Back in 1970, the average age a woman had kids was 21. Today that number has gone up to 26. Things are different these days. We're more educated, we've got more demanding jobs, and we're simply living our life more fully than ever before. If we want to take our sweet time to have kids, so be it. Don't let anyone, especially your parents, make you feel like your age has anything to do with being a fantastic mother.

7. Not Following A Certain Career Path

At first, it was hard for my parents to stomach my unconventional ways of making a living. They always pictured me with a stable, classic office job that came with a fancy title and great benefits. I just didn't see myself happy in that setting, though, so I made my own way doing things — and they weren't initially thrilled about it. Parents don't always accept these off-the-beaten-path choices well, and they may say things that are a bit hurtful. If that happens to you, try not to take it too much to heart. You don't have to see eye to eye on everything, and you definitely don't have to defend your career choices to anyone.

8. Not Having A Great Relationship With Your Siblings

Parents sometimes think they know more than they actually do about you and your siblings. They just want you to get along and be besties no matter what, so it can be difficult for them to truly understand the ups and downs you experience as adults. If you have any brothers or sisters, there will be times when you just don't want to be in the same room with each other. Give yourself the space and time to figure out for yourself how to move forward with the relationships, rather than listening to your parents' tearful pleas to apologize to one another and move on like nothing happened.

I've been in several situations before where my parents get wildly embarrassed in public with me because of the way I dress. My mother begs me to wear a bra and my dad gets visibly uncomfortable when I'm wearing a slinky tank top that reveals my tattoos. They've told me before that I don't dress very "ladylike," which infuriates me. When parents do these things, they think they're helping us and making us more presentable to society, but what they really end up doing is guilting us into feeling like we're not making respectable choices with our bodies.

Don't fall prey to the guilt trip over how you dress. Wear whatever you want, regardless of what your parents' standards and expectations are, and do it like you do everything else in your life — proudly, with your head held high.

More like this
5 Signs You Have A Toxic Relationship With Yourself
By Lexi Inks
23 Super Sweet Things To Write In A Valentine's Day Card
By Karen Belz and Lexi Inks
These Artists Are Reimagining Black History Month To Create A Better Future
By Katie Mitchell
25 Inspiring Quotes From Black Women To Celebrate Black History Month
By Kyli Rodriguez-Cayro and JR Thorpe
Get Even More From Bustle — Sign Up For The Newsletter
From hair trends to relationship advice, our daily newsletter has everything you need to sound like a person who’s on TikTok, even if you aren’t.