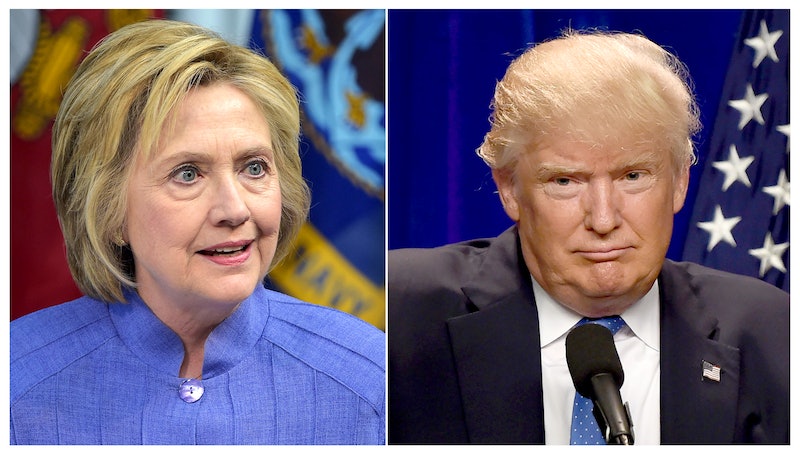 Many of us count the primaries as basically over once the final states have held their contests. But the primary season doesn't technically end until the Republican and Democratic National Conventions take place, where delegates cast their votes and the nominee is officially named. They're usually scheduled between late August and early September, but the conventions will be held in July this year. Why are the conventions happening so early? It all comes down to the oh-so-sexy topic of campaign financing rules.

As POLITICO reported back in 2014, the Republican Party would be holding its 2016 convention early — at the time, the party was thinking late June or early July. Republican National Committee Chair Reince Priebus explained the move for an earlier convention thus, when he announced the July 18-21 dates:

The convention will be held significantly earlier than previous election cycles, allowing access to crucial general election funds earlier than ever before to give our nominee a strong advantage heading into Election Day.

The Democratic Party followed suit with the Republican Party, scheduling its convention for the week of July 25.

Campaign financing laws stipulate that general election funds can only kick in once a candidate has been officially nominated their party's convention. Candidates often burn through primary spending early on when they're competing against other potential nominees, leaving them with a gap in funding until after the convention.

But there's more to the earlier dates than simply getting to those sweet, general election funds sooner; since 2008, candidates have been changing the kind of funds they use between the conventions and November, making it more advantageous to have a longer election season.

Before recent elections, nearly every primary candidate and every general election candidate accepted public financing for their campaigns, Open Secrets reported. Public financing — which is money given to qualifying candidates by the government to run their campaigns — is an enticing offer on the surface, but it also comes with spending limits that recent candidates have blown out of the water. The Sunlight Foundation explained that the 2012 spending limits for publicly funded candidates were $45 million for the primaries and $94 million for the general.

Let's put that limit in the context of recent campaigns. Former Secretary of State Hillary Clinton raised $335 million in the primaries; Donald Trump "raised" the least of any viable candidate at $67 million (it was mostly his own money). When then-candidate Barack Obama was the first to opt out of general election public funding, he raised about $750 million, POLITICO reported. In 2012, according to Open Secrets, Obama spent more than $720 million, and Republican nominee Mitt Romney spent about $450 million in the general.

In 2016, with both presumptive nominees poised to raise and spend big, early conventions mean more time to raise more money. What this all means for promises of campaign finance reform from our two major-party candidates is a question worth seriously contemplating.