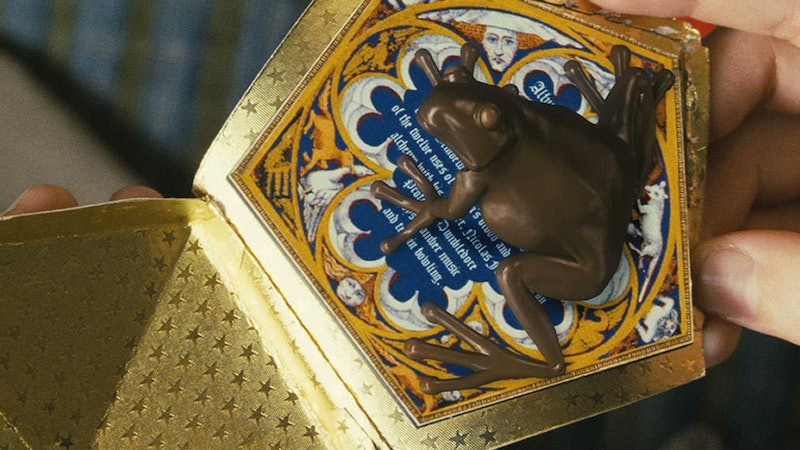 From Fizzing Whizzbees to Cauldron Cakes, the world of Harry Potter is full of delectable sweet treats, and every Potterhead knows the one she would most like to try (Pumpkin Pasties, please!). Now, the sweet treats of Harry Potter have gotten Pottermore's attention, and the wizarding social hub has released a new video and infographic to chronicle every nosh and nibble from J.K. Rowling's seven-book series.

If there is one thing Rowling got absolutely right in Harry Potter, it's that chocolate can cure almost anything. It's the gift Harry receives while recuperating from his Skele-Gro treatments. After Harry encounters a Dementor on the Hogwarts Express in The Prisoner of Azkaban, Madam Pomfrey insists that he have some of the sweet, melty candy as a remedy. Thankfully, Lupin has already come to his aid with "an enormous slab of chocolate."

In a way, the wizarding world revolves around sweets. Hagrid brings a cake to greet Harry on his birthday, and the students enjoy various candies and baked goods from the trolley on the Hogwarts Express each year. And then there's Professor McGonagall's now-iconic line, "Have a biscuit, Potter," which somehow failed to make it into the film adaptation of Harry Potter and the Order of the Phoenix.

Check out the full Sweets and Treats of Harry Potter infographic on Pottermore.