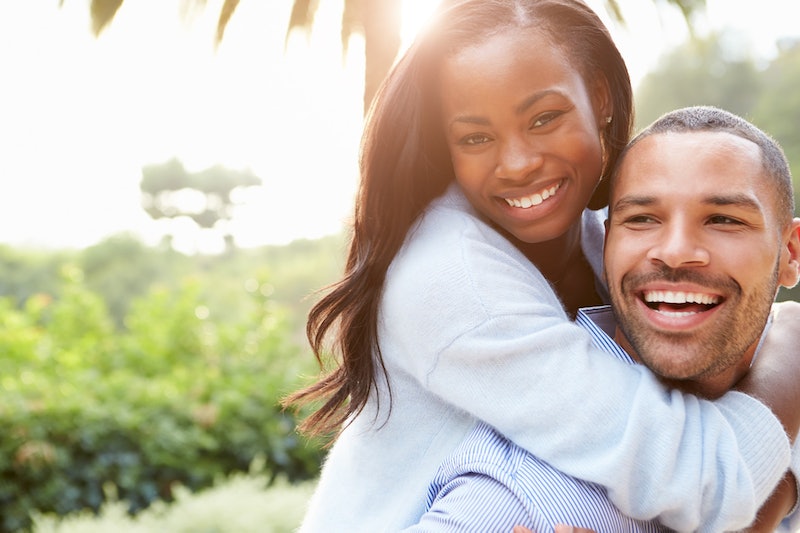 A common misconception about dating a feminist is that we all have ridiculously high expectations when it comes to dating. Nuh-uh. Nope. We simply just want to be treated with respect and courtesy in a misogyny-free zone which is maintained before, during and after our meet-ups. There are, however, some things that feminists won't put up with on dates. Sexism is kind of a universal mood-killer.

One of the worst dating experiences I've ever had actually occurred before the date even started. Whilst talking online with a guy who somehow seemed both cool and highly-strung all at once, I was asked the following after a week of non-stop messaging and about a day before we were due to meet up: "So, as a feminist, do you think women should split the bill on the first date?"

It seemed uncomfortably like a challenged, but I tried to answer fairly, commenting that it totally depends on how the hypothetical-and-not-at-all-imminent date goes, and of course what both parties agree to and feel comfortable with. I know plenty of women who might be insulted at the thought of being "taken care of" by a man on a date, and others who would balk in horror at the thought of having money demanded of them before they've even met. While I always offer to split the bill on the first date, it felt like bringing it up in this particular manner was trying to leverage my feminism against me.

I told the guy that I'm not averse to paying, but the whole thing felt a little odd. When we did meet at a cafe, he asked me for half the money up front before we'd even ordered our food. No prizes for guessing whether or not this went any further. Again, I'm all for splitting the bill, but there's being equitable and there's being obnoxious — particularly if you were the one to suggest the date in the first place. Etiquette matters for feminists, too.

I can't speak for all women, here are four things that bug me as a feminist when it comes to dating.

Nobody, and I mean nobody, gets between me and my food — let alone someone who I'm only just getting to know. Whilst dating someone recently, I was ordered for without consultation... twice. (Entree and starter). He even had the audacity to tell the waiter what I wouldn't be eating ("she won't be having the calamari"). Nothing undermines the freedom of a woman and her taste buds more than a man who attempts to assert his masculinity by picking out her damn food — or anyone else who tries to assert power over someone in the same way, for that matter. I'm not averse to sharing plates — indeed, I actually prefer that kind of casual eating — but how hard is it to just discuss the menu instead of making assumptions?

If you're unable to take heed of long-standing social cues which dictate that you have to actually, you know, pause for breath when talking about yourself and maybe ask your date a question or two, then we'll just leave things here, thanks very much.

I can't speak for everyone, but I don't want a perfectly good date ruined over a dispute about the dollar, dollar bills, yo. Here's a spot where good dating etiquette overlaps with feminist dating: If you did the asking, it's good etiquette to offer to pay the bill. It's nice if both parties chip in so no one feels shorted — and the flip side here is that if you were asked, it's good etiquette to offer to go halfies — but demanding money from your date before you've even met for a date that you suggested is rude. And if you use the fact that someone is a feminist against them to do that, it's even worse.

It's often hard to know when it's time to "elevate" a date from one stage to the next. But personally, I hate when you've been meeting up a lot or exchanging weeks of messages, only to have the other party think it's time to reveal their genitals via text before you've even discussed whether or not you're a dog or a cat person. Being too forward could suggest that you're unable to afford your date a level of respect they need — and unsolicited dick pics definitely qualify as disrespectful. The only way to know if someone's ready for an increased level of flirting or touching is to just ask. It doesn't have to be a mood-killer; as the oft-repeated (although not often enough) refrain goes, consent is sexy. Isn't it more fun when everyone's on the same page?