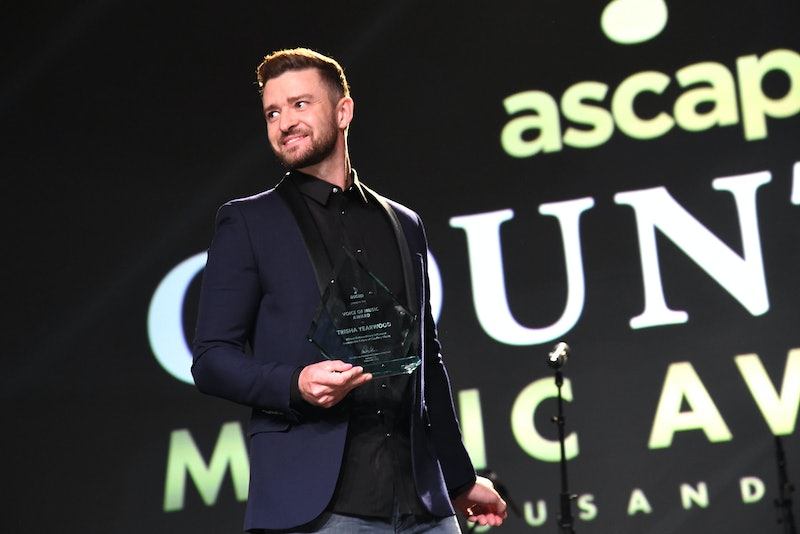 A surprising new report reveals that Justin Timberlake is making steps to revitalize his acting career — but it might not be in the way any fans might expect. Shortly after dropping his unbelievably catchy new single "Can't Stop The Feeling," singer/actor Timberlake has another major career announcement. As Variety revealed on Thursday, Timberlake will star in Woody Allen's new film — his first time working with the director. The film, which does not yet have a reported title and will be Allen's 48th project, was written and directed by Allen, and will be set in New York City during the late 1950s. The period piece will be drastically different from anything Timberlake has done, but given Allen's controversial past, the announcement of Timberlake's casting might not please all of his fans.

"Of course, I did not molest Dylan. I loved her and hope one day she will grasp how she has been cheated out of having a loving father and exploited by a mother more interested in her own festering anger than her daughter’s well-being."

In May of 2016, Dylan's brother, Ronan Farrow, shamed actors who chose to work with Allen despite Farrow's abuse allegations in a guest column for The Hollywood Reporter. (It's important to note that Allen responded to Ronan's essay with a response in Vanity Fair, stating, "I said everything I had to say about that whole issue in The New York Times, I have moved so far past it. I never think about it. I work. I said I was never going to comment on it again. I said everything I have to say about it.")

Despite the allegations, many notable celebrities have continued to work with Allen, among them Blake Lively, who called the director's professional methods "empowering" on the set of his film Cafe Society. Miley Cyrus has also joined an upcoming Allen television series for Amazon and Kate Winslet will star alongside Timberlake in the upcoming feature. Of course, given this is a career move for Timberlake, it's likely there's nothing more to it than the fact that he decided to take on a role in a film helmed by a director who has received a lot of critical success in the past — and it's important to remember that the decision to work with a director who has received serious allegations is a personal decision, as well as a private one.

Whatever the case, it's safe to say Timberlake's first major acting role since 2013 will no doubt be fraught with controversy.