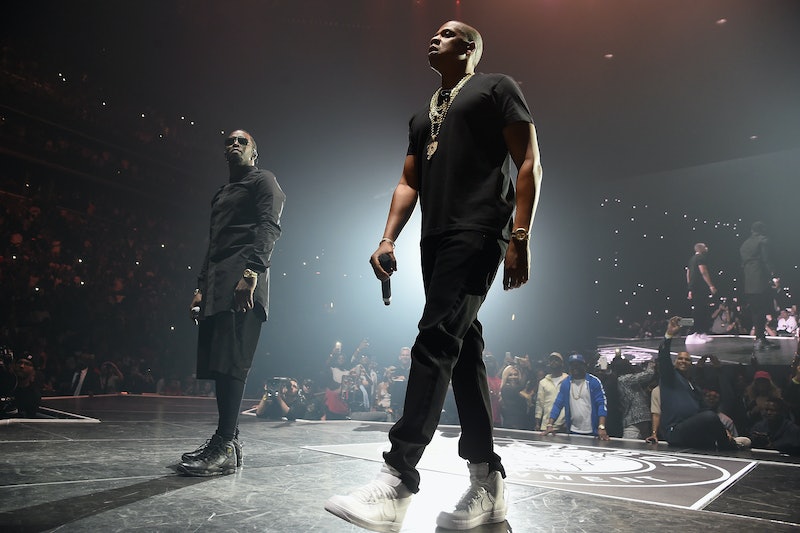 It's been a difficult, painful week for America after police fatally shot Alton Sterling and Philando Castile. These are the events that led to the release of Jay Z's new song, "Spiritual," a stirring protest song about what it means to be an African-American in an era when young black men seem to repeatedly be the victims of violence. But the context of Jay Z's new song is as tragic as the content of the song; Jay Z revealed on the release of the song that he had started work on the track almost a year ago and was under pressure to release it following the tragic shooting of 18-year-old Michael Brown by a police officer.

However, Jay Z revealed that he realized that unfortunately the issue and its relevance weren't changing any time soon and that he continued to work on the song. So, it actually makes sense that he was able to release such a relevant song so promptly following these troubling events. But that, in and of itself, is also why this song is so heartbreaking. As Jay Z concedes in his release, the situation in America is more than maddening: "I'm saddened and disappointed in THIS America – we should be further along. WE ARE NOT." Amen to that. After a week of so much violence, I think we can all understand this reaction.

The song's powerful lyrics mean it's a difficult listen — in the best possible way. On one level, it's hyper specific to Jay Z:

Can't even raise my little daughter, my little Carter

We call her Blue because it's sad that

How can I be a dad that, I never had that

However, it also works on a powerful universal level, with Jay Z assuming the persona of another victim of the police:

Just a boy from the hood that

Got his hands in the air

These lines tell the stories of so many black men who have died at the hands of the police over the last year; the song vividly brings their individual tragedies to light and doesn't permit listeners the analytical distance that Michael Eric Dyson wrote so persuasively and eloquently about in the New York Times, when he wrote of certain white viewers' responses to the graphic videos of police violence: "We all can see the same videos. But you insist that the camera doesn’t tell the whole story."

I believe that Jay Z has written the perfect protest song — musically and lyrically. However, let's face it: the really tragic thing is that context compelled him to release this song at all. In a better world, this song would be irrelevant, but as he wrote, we're not there yet.