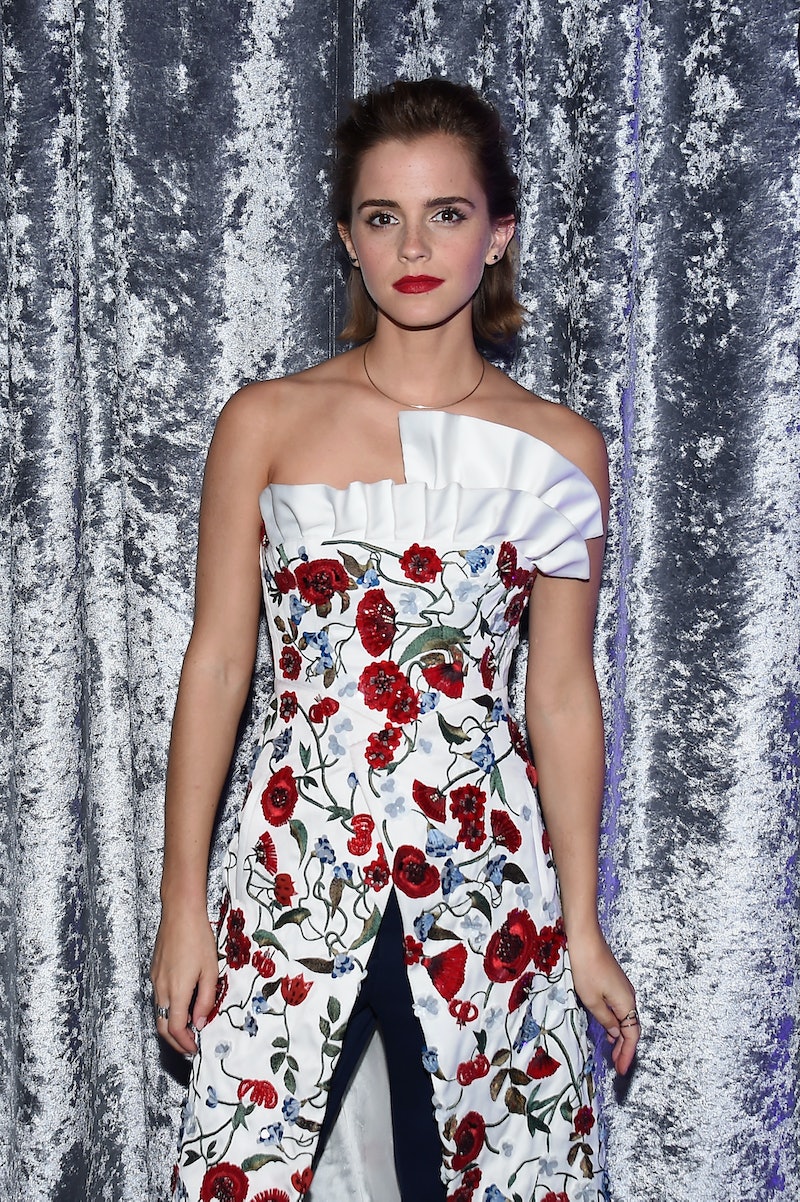 Old Potter met new this week, when Emma Watson went to the Harry Potter play and met Noma Dumezweni. Watson went backstage at the Palace Theatre London to meet the cast of Harry Potter and the Cursed Child , and took the opportunity to snap a few photos of herself with Dumezweni.

In a Facebook post, Watson said, "Meeting Noma and seeing her on stage was like meeting my older self and have her tell me everything was going to be alright, which as you can imagine was immensely comforting (and emotional)!" The 26-year-old actress also noted that, after seeing the Harry Potter play, she "felt more connected to Hermione and the stories than [she] ha[d] since Deathly Hallows."

This isn't the first time Watson has championed the virtues of the new Hermione. Beginning in 2015, Dumezweni faced a mountain of racist criticism when she was cast to play the presumed-white Hermione. Watson was one of many Harry Potter alums to speak out in support of Dumezweni, joining Katie Leung, Evanna Lynch, and Matthew Lewis, just to name a few.

Watson also used her Facebook post to gush about how much she enjoyed Harry Potter and the Cursed Child. She called the Harry Potter play "AMAZING" — yep, all caps — and said some parts of the production "were ... possibly even more beautiful than the films."

Fifty points to the Hogwarts — or Ilvermorny — House of the first person to write a great Emma/Noma BFF fanfiction.

More like this
16 Novels That Paint A Realistic Portrait Of Abortion
By K.W. Colyard
At 14, Jenny Han Wrote Rom-Coms About Her Friends & Fan Mail To Leo DiCaprio
By Alyssa Lapid
Everything You Need To Know About The 'Knives Out' Sequel
By Grace Wehniainen
Howard Stern's Net Worth: Is He The Richest Man In Radio?
By Hugh McIntyre
Get Even More From Bustle — Sign Up For The Newsletter