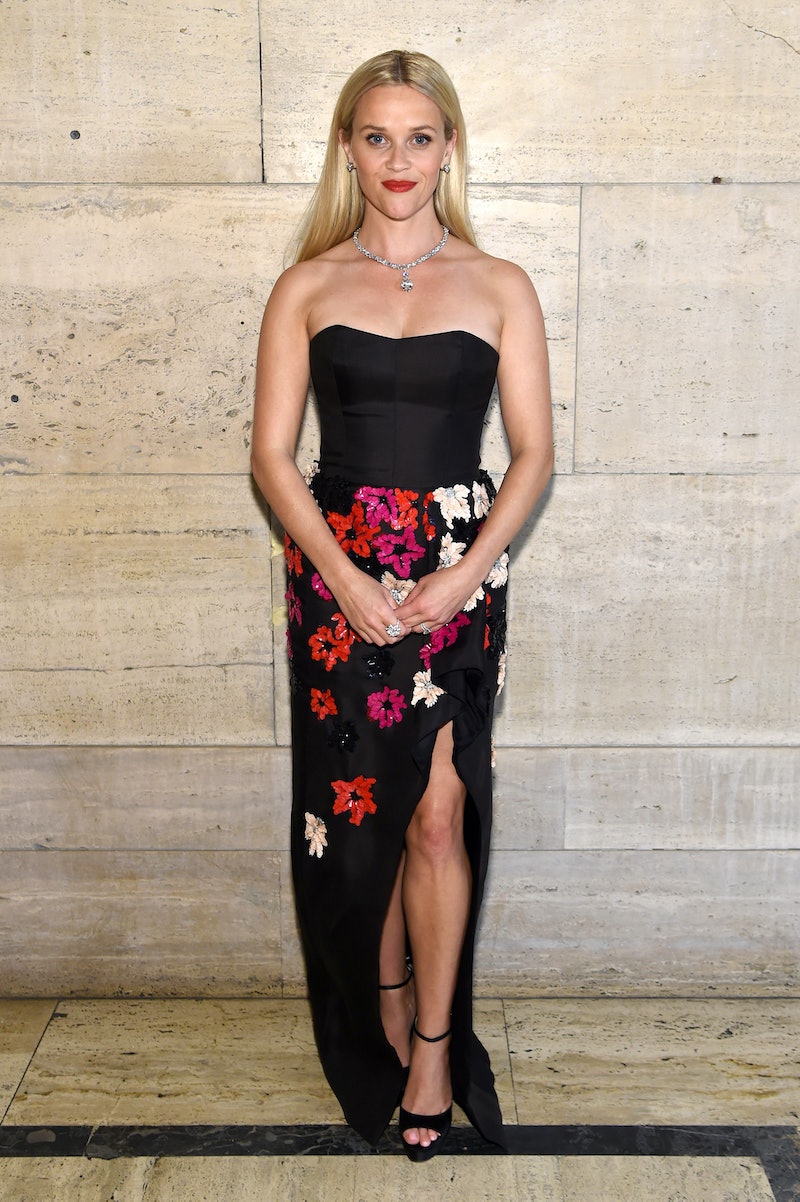 I don't know about you guys, but when I think about any future offspring I may have, I don't really expect my imaginary child to come out looking like a carbon copy of me. After all, there's two sets of DNA and genes mixed up in there — the mother's and the father's — right? Like, that's just how genetics works? I definitely thought so, but I gotta say, after seeing this Instagram photo of Reese Witherspoon with her daughter, I'm beginning to wonder if that's actually wrong. Judging by this photo, giving birth is exactly like photocopying your face, because Reese Witherspoon's daughter looks identical to her. In fact, the only reason I'm able to tell them apart is because of one key 2016-friendly difference: Witherspoon Junior, aka Ava Elizabeth Phillippe, is rocking a nose ring.

Witherspoon's daughter, who, lest we forget, she had with Ryan Philippe, her co-star who played her love interest in Cruel Intentions, is 16 years old now (welp, I feel old), but still, I'm having a hard time telling her apart from her 40-year-old mother. I guess she's been getting the mom-comparisons a lot, too, because she's been making careful edits to her look to try and stake out her own style and has been doing a great job of it. She's had pink hair, even! But there's no getting away from it. She basically looks exactly how Witherspoon did when she rose to fame in Cruel Intentions.

Aside from being the progeny of an extremely proud mom, what else do we know about Ava? Just as with Witherspoon and acting, Ava has a creative passion: She's artistic and talented, and often posts her work on Instagram. Based off her Instagram feed, she can even sketch on her iPad, which, #respect — is pretty tricky.

Obviously there can never truly be a "new Reese" because Witherspoon herself is so irreplaceable as an actress. Who could have played a character as layered as Tracy in Election and made the role so completely her own? Witherspoon was even nominated for a Golden Globe Award for Best Actress – Comedy or Musical thanks to the role, despite being only in her early 20s. But while there's no new Reese in that sense, you've got to concede that her daughter looks spookily similar — and that, furthermore, Ava looks as if she's going to be as stunning and accomplished a fully-grown woman as her mother.