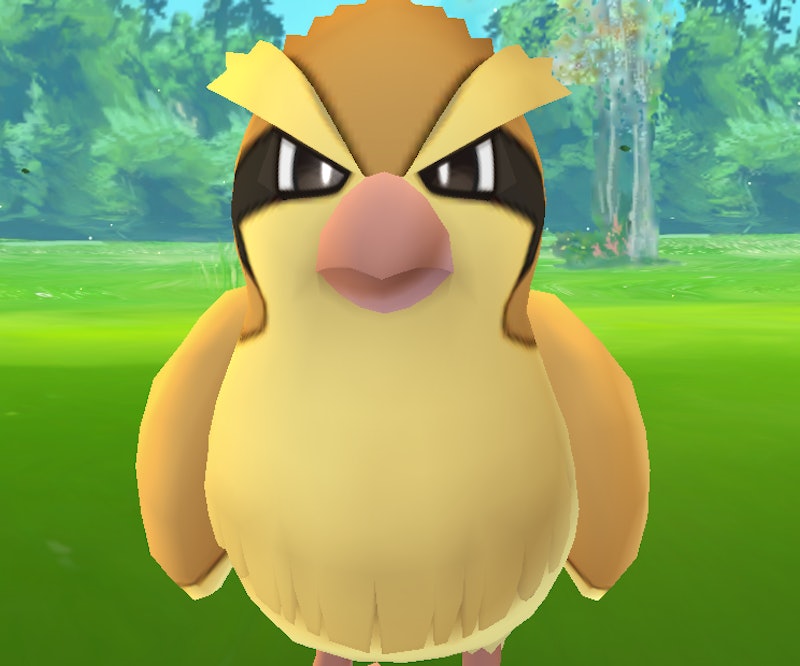 Even if you didn't grow up obsessed with playing Pokemon on your Game Boy Advance, chances are you've either heard about the cultural phenomenon that is "Pokemon Go," are currently playing Pokemon GO, or have run into hordes of zombie-like humans stopped at street corners turned into Lure Modules, desperate to get their hands on an enigmatic Vulpix. As these "Pokemon Go" memes and tweets go to show, we have officially entered full blown "Pokemon Go" mania, and it's probably not going to die down anytime soon. Not that it's a bad thing — "Pokemon Go" seems to foster more IRL human interaction than Candy Crush ever did.

I personally couldn't tell you what the difference was between a Pidgey, a Pidgeotto, and a Pidgeot until this weekend, when every five minutes or so I happened across another cluster of real life adults glued to their phones at the park, at the bar, at random murals, and once outside a Whole Foods, which someone informed me was not just a place to stock up on organic produce, but also a very important Pokestop where you could stock up on Pokeballs, too. I'm slowly starting to get a grasp on which adorable little pocket monsters are to be valued, and which ones you can find any old place (looking at you, Rattata).

To be honest, I'm not sure I'll ever fully understand the hysteria that comes with finding a Jigglypuff, but I do think it's fun to watch other people get excited about it. Here are some of my favorite "Pokemon Go" memes to pop up on the internet this weekend. I'm sure there are many more where these came from.