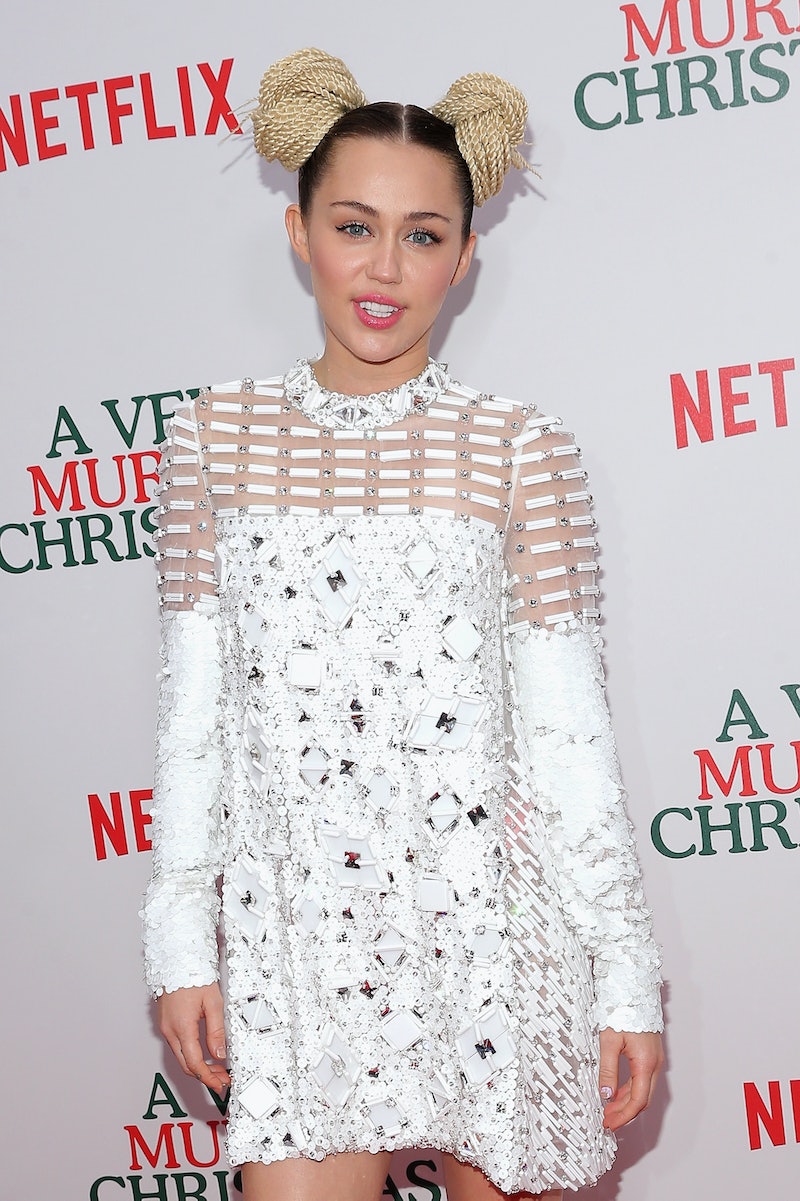 We live in an age where Miley Cyrus and Liam Hemsworth are a thing again, and if you had your doubts, let those be erased now, because one half of this couple has officially made a commitment that's a little more permanent than an engagement ring. Over the weekend, Cyrus got a Vegemite tattoo, and it seems obvious that it's all because of her Australian beau. I mean, famous snack from Down Under plus famous boyfriend from Down Under? The mystery practically solves itself. And if you ask me, it's even more proof that she and Hemsworth are built to last the second time around.

The tattoo itself is pretty cute, and Doctor Woo, the tattoo artist responsible for it, shared a photo of Cyrus' new ink on Instagram on Sunday. It's just a tiny image of a jar of Vegemite, but it says so much without saying anything at all. You didn't know a jar of yeast paste could talk, but if this one could, it would say, "Cyrus and Hemsworth are going to stay together forever, have a giant wedding that will of course be broadcast on network television, and then they will go on to have a dozen beautiful, talented babies with their father's accent and their mother's eyes."

In all seriousness, though, there's another reason this tattoo can be tied to Hemsworth, other than the fact that he and Vegemite come from the same place. Hemsworth has talked about how much he loves the questionable treat on multiple occasions, like in 2010 when he told Australian site Girl that what he missed most about home was the Vegemite, and how he ate four pieces of toast with the spread that morning alone. Add this to the fact that Cyrus also has a matching tattoo with Hemsworth's sister-in-law, Elsa Pataky, and it seems like she's planning on keeping this relationship as a regular fixture in her life.

I didn't want to get too excited about their reunion, lest they end up broken up again, but it seems like it's finally safe to cheer them on. Since they got back together in January, they've been keeping things low-key, and for the past seven months, it's been good — at least, as far as someone totally removed from the relationship can tell. It doesn't seem like they're planning a wedding right now, but if and when that happens, I won't be surprised, especially if things keep going this well.

Fingers crossed Cyrus' new tattoo is just the first of a long line of ways Hemsworth permanently etches himself on her life. After all the breakups that 2016 has brought so far, it's good to see that true love does exist. Ugh, you two. Please invite me to the wedding!