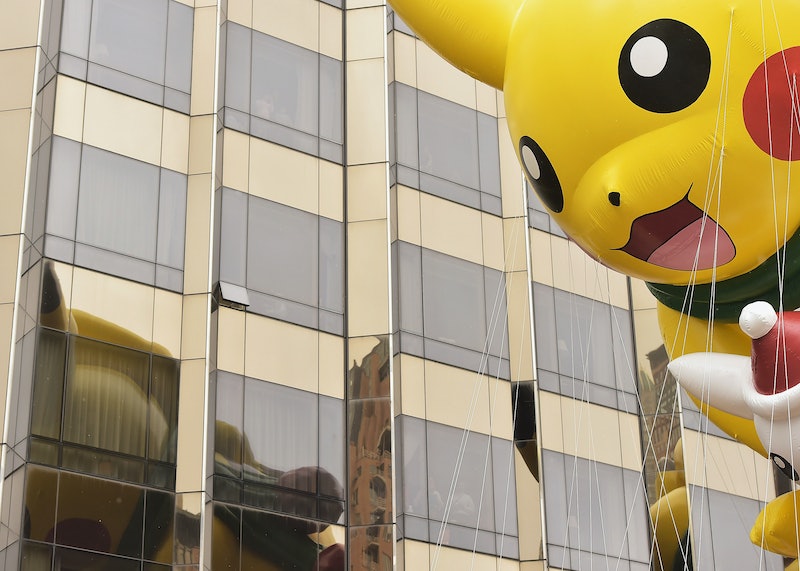 "Pokemon Go" has become a smash hit since its release last week, but the augmented reality game’s overwhelming popularity may have you wondering, “What is an augmented reality game, anyway?” Luckily, I’ve got the rundown for you. "Pokemon Go" may have taken over the headlines, but it isn’t, in fact, the only AR game on the market. In fact, gaming is only one of many potential applications for which this kind of technology can be used — you may be surprised by just how many ways technology can augment your reality.

“Augmented reality” is often shortened simply to “AR”; thus, "Pokemon Go" is an “AR game” (not to be confused with ARG, or “alternate reality game,” an interactive, multimedia narrative game). AR involves taking real-world environments or objects and augmenting them with computers (or similar technology, like tablets or smartphones). In the case of "Pokemon Go," the AR is fairly simple: Through GPS, the game incorporates your real location into the gameplay, and displays images of your environment overlaid with Pokemon graphics. In this game, the only tech you really need is a smartphone, but other types of AR use special devices, such as Google Glass or Microsoft HoloLens. "Pokémon Go" primarily manipulates users’ visual and audio environments, but AR has the potential to play with our other senses, including touch and smell.

AR thus exists somewhere between virtual reality (in which everything is computer-generated) and… real reality. Although "Pokemon Go" is a giant hit, it isn’t the only AR game on the scene. Niantic, the company that developed "Pokemon Go" with Nintendo, previously released an AR game called “Ingress” in 2012. Ingress continues to have a very loyal following, and seems fairly similar in concept to "Pokemon Go." (You know, except for the pocket monsters).

AR has a lot of potential outside of the gaming world as well. You may have already tried out AR tech that lets you virtually “try on” makeup, or played with 3D AR coloring books. AR technology could eventually let you use your arm as a keyboard (see above), or help medical staff identify veins to avoid having to stick patients multiple times (see below). The applications of AR go on and on, in fields ranging from architecture to the military.

Although right now your primary use of AR might be to battle for Pikachu and Meowth, eventually AR could have a major affect on how you communicate, do you job, interact with others, and move through the world. Pretty cool, huh?

More like this
Why Are TikTokers Slapping Each Other With Tortillas?
By Courtney Young
Side Character Energy Has Arrived — Here’s What That Means
By Sophie McEvoy
How to Delete (or Pause) Your Hinge Account
By Emma Carey
How To Protect Your Digital Privacy If You Need An Abortion Post-Roe
By Kaitlyn Wylde
Get Even More From Bustle — Sign Up For The Newsletter