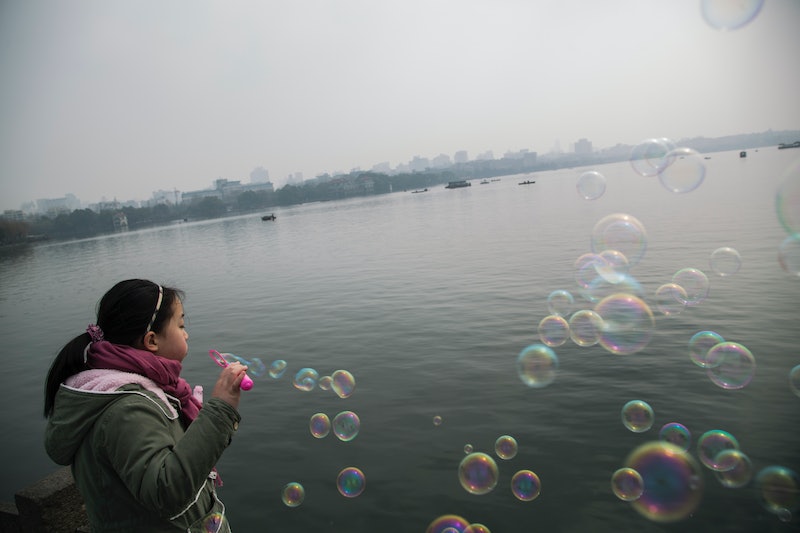 A great way to celebrate International Women's Day on March 8 is to contribute to life-changing projects and nonprofits — or, even better, to volunteer your time. The idea for International Women's Day first came about in the early 1900s, when women were just starting to demand equal rights and voting privileges in the United States. It was honored internationally for the first time in 1911, when women held rallies for the right to work, vote, and be recognized without discrimination. Even though women have arguably made enormous strides since that time, organizations around the globe continue to work for the betterment of all women and girls and continuously fight to make women's voices heard.

From fashion and business to technology and cooking, check out some of the coolest nonprofits and projects addressing big issues for women right now. No matter your interest, we've found a nonprofit or project that will float your feminist boat.

According to the Global Alliance for Clean Cookstoves, three billion people around the world use open fires to cook their food. But smoke exposure and non-hygienic cooking techniques lead to four million death per year. Traditional cooking techniques contribute to carbon-dioxide emissions and deforestation. Women and girls are also often subject to sexual attacks while collecting wood for fires. Clean Cookstoves seeks to reach women in rural areas of the world to educate them about food safety and alternative fuel options.

You have a smartphone, smartwatch, and smarthouse — so why not invest in some smart underwear? Founders Antonia Dunbar, Miki Agrawal, and Radha Agrawal took three years to research Thinx, underwear that is stain-resistant, absorbent, anti-microbial, and moisture-wicking.

For every pair of underwear bought, Thinx helps donate seven sanitary pads to girls in Africa. According to the founders, when they were traveling in Africa, they met a young girl who had to miss school during her "week of shame." It's a widespread issue: Millions of girls are forced to use leaves, rags, and plastic bags during their periods; causing them to miss school days or drop out altogether. The sanitary pad distributor Afripads employs women to make the pads, helping them spur their local economies.

Find out more about Thinx.

FOR THE BOOK WORM

It began with a YouTube video in 2009, but now She's the First supports nearly 400 girls around the world who are the first in their families to graduate from school. Its 40 chapters on college campuses throughout the U.S. help raise the just $300-$1,600 it can take to send one girl to high school. According to the organization, even bake sales or small parties can raise enough money in one day to change one girl's entire life.

Discover how you can set up a campus chapter or contribute to the growing scholars of She's the First.

MoolaHoop is like a Kickstarter for female entrepreneurs looking to raise money for their small businesses. In return for funding their business, entrepreneurs offers deals and incentives to their supporters. Projects for funding on the site include saving a New York City theater, launching a new yoga studio in San Diego, and restoring funding to a flooded restaurant after Hurricane Sandy.

MoolaHoop, which launched in July 2013, has already helped nine entrepreneurs reach their $100,000 goal and acquired another small-business crowd-funding site.

You can fund or start a project on MoolaHoop's website.

According to Project Unbreakable, every two minutes, someone in the United States is sexually assaulted. In October 2011, then 19-year-old Grace Brown started Project Unbreakable after listening to a friend talk about being sexually abused. Project Unbreakable's Tumblr features men and women holding a poster with a quote from their abuser. Once seen, it's not easily forgotten.

Project Unbreakable encourages sexual-assault survivors to seek professional help, but you can donate directly to the project here.

FORCE: Upsetting Rape Culture addresses sexual violence in nontraditional ways — through large-scale art pieces and web pranks. The organization has tricked people by creating web pages for Victoria's Secret and Playboy promoting both consent on PINK underwear and in college campuses, respectively. In March, FORCE was behind the display of 100 red quilts with rape survivors' stories written on them. The organization hopes to make enough quilts during the next two years to blanket the entire Capitol lawn.

With a focus on outdoor activities like camping, rock-climbing, and kayaking, GirlVentures helps girls climb to new heights. The organization provides mentors and camping programs to help preteen and teenage girls who might not otherwise have access to outdoor activities. The programs focus on empowerment and helping young women conceive of themselves as strong and courageous in their everyday lives.

Based in the San Francisco area, GirlVentures has enrolled more than 4,000 girls in sixth through 12th grades.

You may have heard about Girls Who Code, which is shaping up to be a prime example of how to encourage young girls to become interested in technology careers. Girls Who Code founder Reshma Saujani, who ran for Congress and New York City public advocate, first noticed the huge gap between rich and poor kids' access to technology while she was on the campaign trail.

Saujani began Girls Who Code in 2012, starting with summer coding programs in New York City, but the organization quickly spread throughout the country. Girls learn how to build websites with HTML, Java, and Python, and they are able to meet engineers and secure jobs working with different major websites.

Sounds like we could all afford to take a Girls Who Code course — or donate to our future tech leaders. Take the next steps here.

Girls Write Now is a 15-year-old New York City establishment that pairs teen girls from all five boroughs of the city with a mentor who is a professional writer. It gives underserved girls from immigrant and minority families a creative outlet and a supportive environment for their writing. The organization boasts a100 percent college acceptance rate.

Girls Write Now has been recognized by The White House as one of the top 15 top arts and culture programs in the nation.

Joi Gordon started Dress for Success in 1997 in New York City, but it's grown into an international organization that has helped more than 700,000 women build confidence and find jobs all over the world. Gordon says that most women her organization supports tend to be single moms looking for entry-level jobs, but a power suit is essential for nailing an interview.

Dress for Success provides women with job-seeking and resume-building support, especially because there is still a digital divide in minority populations, Gordon says. Corporate sponsors like Bobbi Brown, Lia Sophia, and Walmart work with Dress for Success to provide clothing and accessories for women seeking work.

Feeling inspired? Get out there and do great things — or donate to these great organizations, if you can afford it. You'll thank us when you see your tax return next year.

More like this
25 Inspiring Quotes From Black Women To Celebrate Black History Month
By Kyli Rodriguez-Cayro and JR Thorpe
24 History-Making Black Women You Probably Didn't Learn About In School
By Ayana Lage and JR Thorpe
These Are The Fastest Electric Kettles You Can Buy
By Margeaux Baulch Klein
15 Black-Owned Liquor & Wine Brands To Add To Your Bar Cart
By Alexis Morillo
Get Even More From Bustle — Sign Up For The Newsletter
From hair trends to relationship advice, our daily newsletter has everything you need to sound like a person who’s on TikTok, even if you aren’t.