Dolores Catania's Real Housewives of New Jersey debut was solid, though it will take more episodes to really get to know the new reality star. But one of the most interesting things about Dolores is, surprisingly, her relationship history. She's single right now, but like castmate Siggy Flicker, Dolores has an ex-husband with whom she remains on great terms, and in the RHONJ premiere she mentioned the relationship. So, who is Dolores' ex-fiance? Well, he's not in the limelight quite as much as she is.

Dolores goes out of her way to congratulate and celebrate Frank as a great guy and awesome co-parent, but there's nary a mention of the ex-fiance on any of her social media. Then again, she's one of the stars of a reality show and he's not, so that seems fair. One thing is for sure, she is embracing her life exactly as it is right now, and enjoying it to the fullest. Here's proof.

Her Moment In The New Trailer 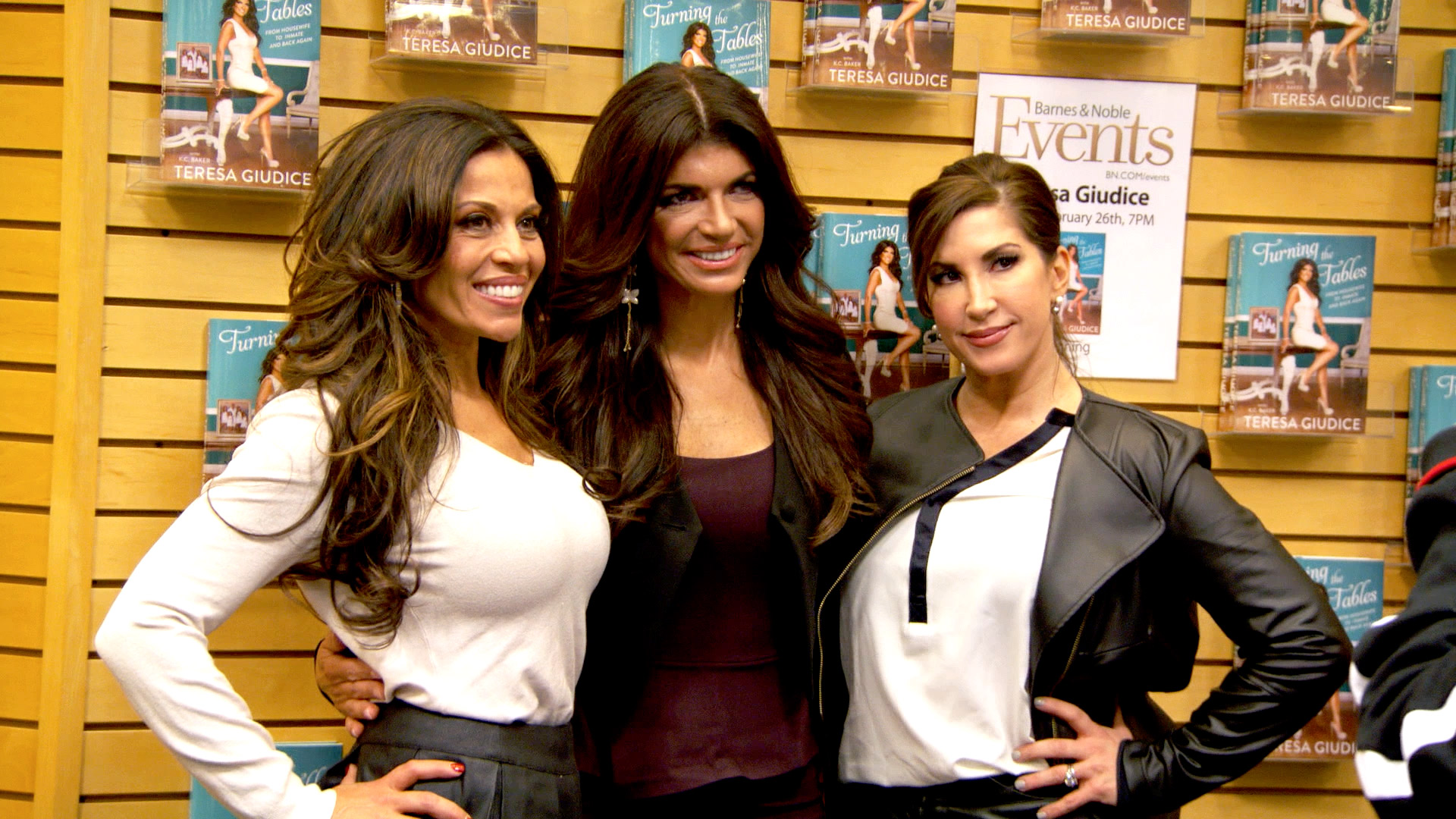 Teresa Giudice may promise Dolores that she'll find Dolores a new man, but I think the moment when our gal muses that she needs to work on herself before any dudes come waltzing into the picture has to be an ultimate girl power moment.

She's Got This Little Guy

Dolores' dog is the best support system she could ask for: no judgements, not second guessing, and he's completely and utterly loyal.

She's Got Her RHONJ Gals

Dolores may be new to the show, but she's been close to the cast of Real Housewives of New Jersey for years now.

So sure, we can wonder about who Dolores used to be married to, but let's keep the focus on her, eh?

Editor's Note: A previous version of this story incorrectly implied that Dolores had a negative opinion of her ex-fiance.