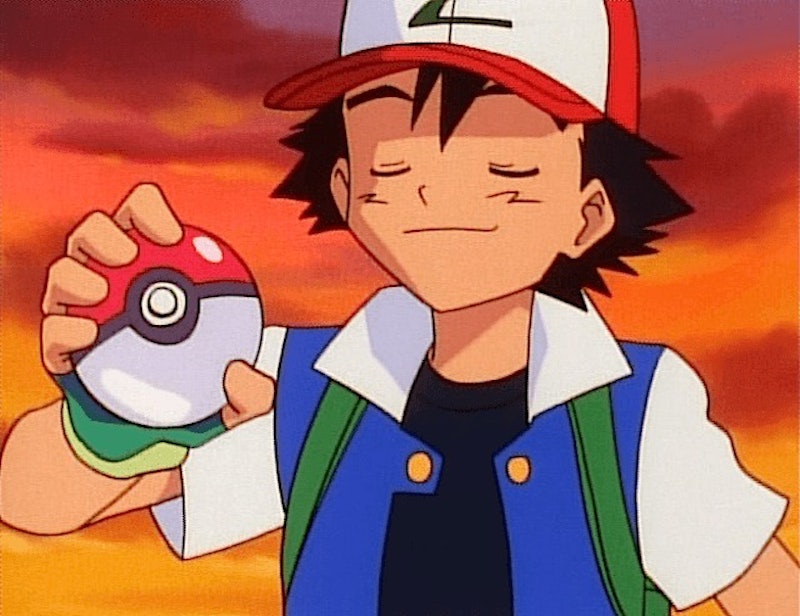 The eternal struggle to catch 'em all was amplified this July when "Pokemon Go" was released (with no shortage of bugs, and we're not talking about Caterpie). The kinks are more-or-less getting smoothed out, so now we can focus on successfully catching Pokemon, a baby's challenge in earlier levels and a serious struggle as you progress. Inevitably, the day will come when you waste all your items on some stupid Weezing, and then the panic will set in: how do you get Poké Balls in "Pokemon Go" once you run out? The good news is that there are a few approaches one can take when stocking up on Poké Balls. The bad news is that each way has its own snags.

Ideally, the easiest and most painless way to get Poké Balls is through your local Pokéstops. All you really have to do is walk in the direction of the nearest Pokéstop, click it to spin the circular icon, and you'll surely be rewarded with a ton of items. Of course, you could get the one Pokéstop that gifts you a bunch of potions and revives. Mainly, though, you usually get at least one Poké Ball out of the deal, usually more. The game plan from there is to hit up as most Pokéstops as possible, but that's a pretty faulty method if you're marooned in some stop-less suburb (in which case, you have my sympathy.) So what else can be done?

Well, it depends a lot on how much money (and dignity) you have. If you're willing to trade in some dollars for Pokécoins, you'll be able to trade those in for new Poké Balls, for varying prices. For example, 99 cents will give you 100 Pokécoins, and 100 Pokécoins will give you 20 coins. You do the math. Alternately, you can also earn Pokécoins in-game if you have a Pokémon on your team currently defending a gym: simply click the shield icon in the shop window, and you'll be able to reap the benefits every 21 hours.

Totes easy, right? Yeah, in case you're not feeling throwing down money or strategically climbing up the ranks of a gym, Pokécoins aren't a perfect solution, and that leaves you with one option left: leveling up.

This method really only works if you're a whisper away from leveling up in the first place, and a few hundred XP points will tip you over. That's kind of a catch (ha) 22 though: the main way to gain XP points is by catching Pokémon, and, um, the problem we have here is that you don't have anything left to use on them. In lieu of capturing, you can get XP points by evolving a Pokémon, hatching a Pokémon, or fighting a trainer at a gym. Again, not so simple and clear cut, but it can be done. And it's a big pay off: once you level up, you'll be rewarded with substantial Poké Balls (and, if you're in the upper echelons, Great, Super, and Hyper balls).

In short, while running into a row of Pokéstops is ideal, there are a lot of ways you can get your hands on some Poké Balls. Just try to keep apprised of your count before you get to zero in the first place; I promise, that Weezing isn't worth it.