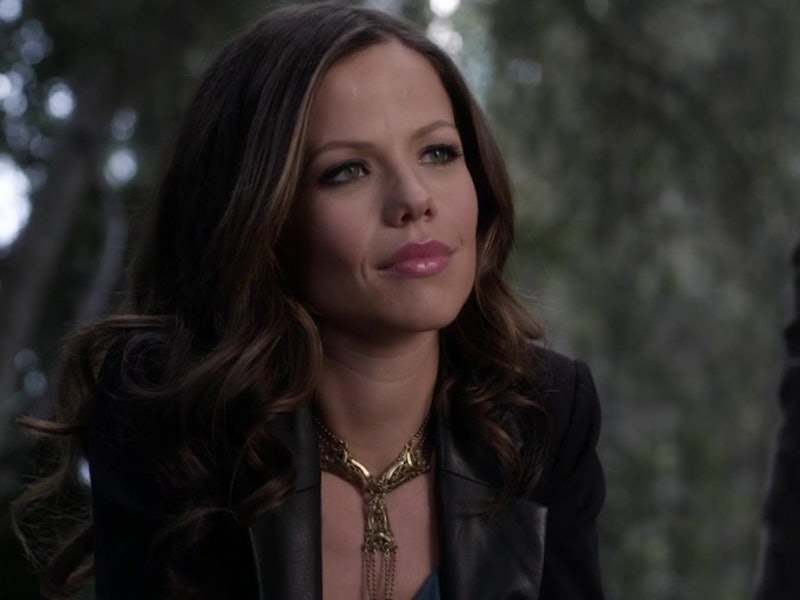 The funny thing about Rosewood is that you never know who could suddenly just pop in for a quick visit, which is what made Jenna's return to Pretty Little Liars this week so exciting. Because she didn't just drop by for a visit or to congratulate Toby on his upcoming nuptials. No. It's looking very likely that Jenna was working with Rollins on Pretty Little Liars , which means she's been scheming behind the scenes this entire time. The fact that she showed up just hours after the Liars buried Elliott Rollins' body felt very suspicious. After all, there's no such thing as a coincidence on this show. But the real evidence came when Mona and Hanna found Rollins' secret burner phone hidden underneath the drivers' seat floor matt and contained a message from Jenna where she referred to him by his real name, Archer Dunhill.

That means that not only has Jenna been corresponding with him, but she also was in on whatever scheme he was up to. The only person that Rollins seemed that close to was Mary Drake, who I think it's safe to say also knew his true identity. (He dropped the American accent around her, so they were definitely in on each other's secrets.)

So does that mean the three of them were working together or did Rollins have multiple alliances with multiple people? Right now it's hard to say, but Jenna definitely looks like she's involved in some big way. In fact, that's probably how she knew about Hanna's engagement to Jordan. She told Hanna she heard it through the grapevine. Maybe Rollins was keeping her in the loop about what the Liars were up to. Let's just hope that she doesn't catch on to what really happened to her apparent partner in crime. Something tells me she'd make for a terrible enemy to have.