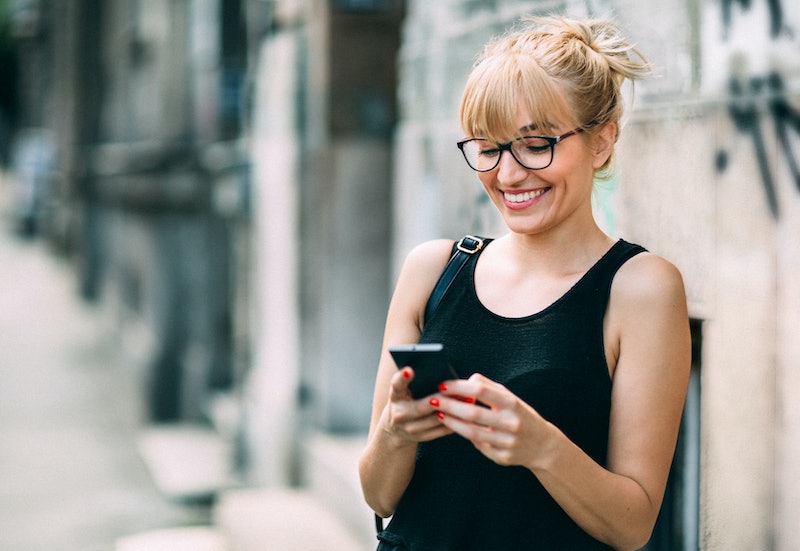 Yesterday, I came across a Facebook post asking why there are such slim pickings on Tinder lately. Um, everyone's busy playing "Pokemon Go", I thought. I even deleted the dating app I had on my phone in order to download the game. And it turns out, I wasn't alone in thinking that people would rather be hatching eggs than swiping right now. People responded to her post with screenshots of their latest Pokemon conquests to show what they've really been up to.

A day after it's limited release last week, "Pokemon Go" was already more popular than Tinder. As of July 13, with 21 million active users, it's now the biggest mobile game in U.S. history and is on track to surpass Snapchat, reports SurveyMonkey Intelligence. It's safe to call the game a frenzy.

Yet, not every single Pokemon player has given up on dating completely. There have also been stories of people meeting each other on "Pokemon Go" and others attempting to "Pokemon Go" & Chill. While dating apps have been experimenting with new ways to get people meeting up offline ASAP, Pokemon has made talking to new people IRL fun and effortless — and no mirror selfies are involved.

So are we really giving up on dating or are frustrated daters just turning "Pokemon Go" into the dating app they've always wanted? Until we find out what the future of dating (and Pokemon) holds, I think it's safe to say pikachu is becoming a new priority for many. Here are people who would rather catch 'em all than go on a date right now.