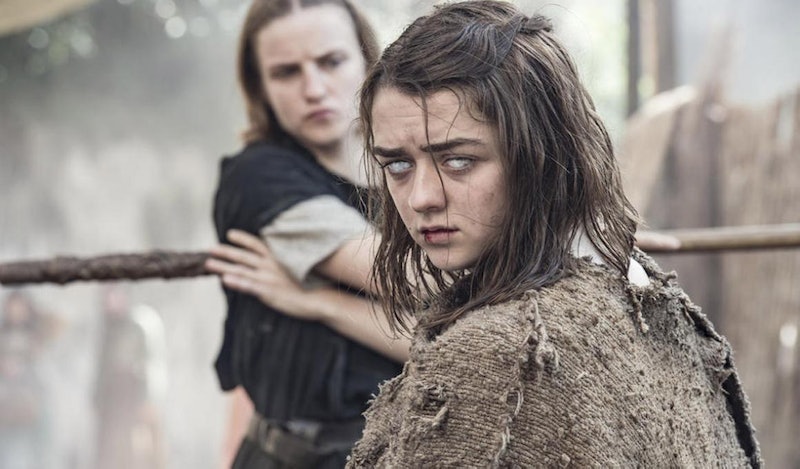 Since it premiered in 2011, HBO's Game of Thrones has taken audiences by storm. Fans of the show might wonder how the twisted tale of political intrigue plays out in George R.R. Martin's books: Does Game of Thrones have a narrator, for instance, and who is it? A recent fan theory puts Samwell Tarly at the center of A Song of Ice and Fire's action, but the would-be Maester has only narrated 10 chapters of Martin's epic fantasy cycle.

Martin writes each chapter of his A Song of Ice and Fire books in 3rd person limited perspective. The point-of-view (POV) characters who "narrate" A Game of Thrones and other books in the series aren't presenting readers with a play-by-play of the events. Instead, we're experiencing the action through their eyes.

Tyrion Lannister is the most prolific A Song of Ice and Fire POV character, with 49 chapters to his name. Just behind him is Jon Snow, with 42 chapters. Arya Stark is the only cast member to appear as a POV character in all five books, and her name graces 34 chapters across Martin's saga. Daenerys Targaryen takes 4th place honors with a respectable 31 chapters.

It's worthwhile to note that these numbers will probably change once The Winds of Winter comes out. Until then, enjoy arguing with your friends about who the best POV characters are.

More like this
'Bridgerton' Star Nicola Coughlan Confirms Season 3 Will Focus On Colin & Penelope
By Grace Wehniainen and Alyssa Lapid
The 20 Best Audiobooks To Fall Asleep To
By Aoife Hanna and K.W. Colyard
'Games of Thrones' Fans May Recognise This 'Conversations With Friends' Location
By El Hunt
Everything To Know About The Possibility Of 'The Essex Serpent' Season 2
By Rachel Mantock
Get Even More From Bustle — Sign Up For The Newsletter