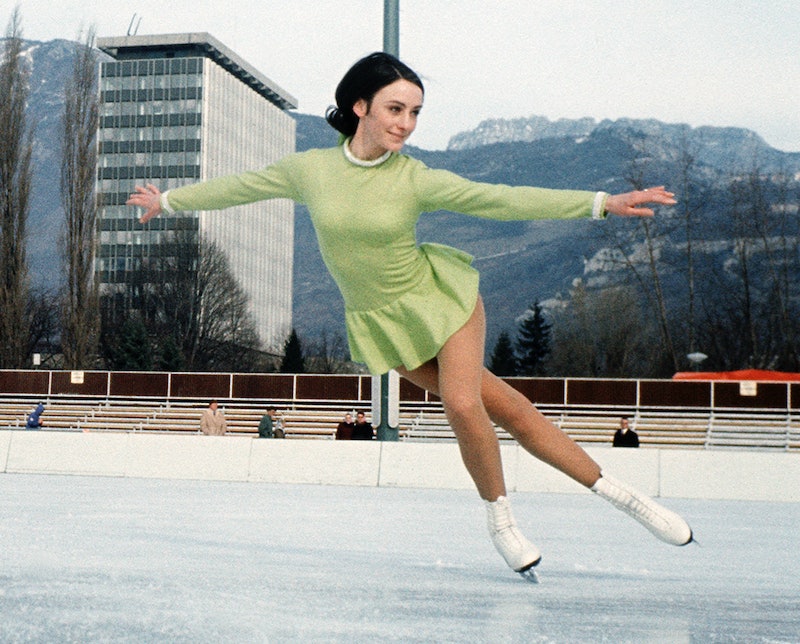 Ask me what comes to mind when I think "sporty fashion" and I automatically imagine The Royal Tenenbaums — red tracksuits à la Chas Tenenbaum, sweat headbands done in Richie Tenenbaum flavor. As much as I love athletic threads in the cinematic world, pulling off the same style in reality can be tricky (if only we lived in a Wes Anderson universe). That is, unless you're part of the US Olympics team.

With the 2016 Summer Olympic Games kicking off in August, it's time to talk wardrobe. From the great bikini debate with the beach volleyball team to Ralph Lauren's patriotic merch, the Olympics are not just about first-place medals, but victories in style. Over the centuries, costumes have evolved to become an integral part of the Olympics formula. The transformation is unreal — what began with athletes competing nude is now a dazzling spectacle of fashion in addition to feats of athleticism. Above all, costumes help construct the Olympics narrative.

Looking back, the US Olympics team has quite an impressive resume on the costume front. Getting decked out in red, white, and blue doesn't mean always resorting to the American flag — though, it is certainly an option. The costumes for this year's Summer Olympics are also a Ralph Lauren production, and as expected, they capture the spirit of classic Americana. Let us travel back in time and revisit the best US Olympic costumes over the years.

Gracie Gold's glitzy number at the 2014 Sochi Olympics is enchanting both still and in movement. Can we please talk about that dreamy blue ombre?

Ralph Lauren once again went Americana galore with patriotic knitwear — think starry print cardigans and USA beanies topped off with crisp white separates. Now, this is how one should do winter dressing, land of liberty edition.

It's all in the details — Shawn Johnson stunned in a red, white, and blue leotard that is eye-catching without being over the top. You go, Adidas.

Um, has ice rink queen Kristi Yamaguchi ever disappointed on the sartorial field? Her theatrical ensembles are visual masterpieces, especially when paired with an impressive triple-triple jump combo.

Simplicity is the theme here. Flashback to the 1996 Summer Olympics when Dominique Dawes not only wowed spectactors with her gymnastic flair, but dressed to the nines in a red star-printed leotard. I can definitely imagine someone rocking this type of getup for future Fourth of July BBQs, especially with high-waisted denim shorts. I mean, the '90s are having a resurgence, right?

Leave it to Magic Johnson to take b-ball fashion to the next level. He certainly doesn't shy away from bold patterns — in fact, the more, the better.

At the 2012 London Olympics, the aesthetic was prep-school chic in the best way. Somehow, the berets and scarves add a hint of Parisian flair too.

I want to live in a world where I can pull off this shade of green and skate like a goddess. Unfortunately, there can only be one Peggy Fleming, and she completely aced it in a '60s mod number.

Florence Griffith Joyner is goals if I ever decide to become a competitive track and field runner (which is highly unlikely, but anyway). I especially dig the white pipe detailing — it compliments the pink perfectly!

I'm pretty sure it's illegal to discuss Olympics fashion without at least mentioning Chazz and Jimmy, despite the fact that, well, they aren't real people.