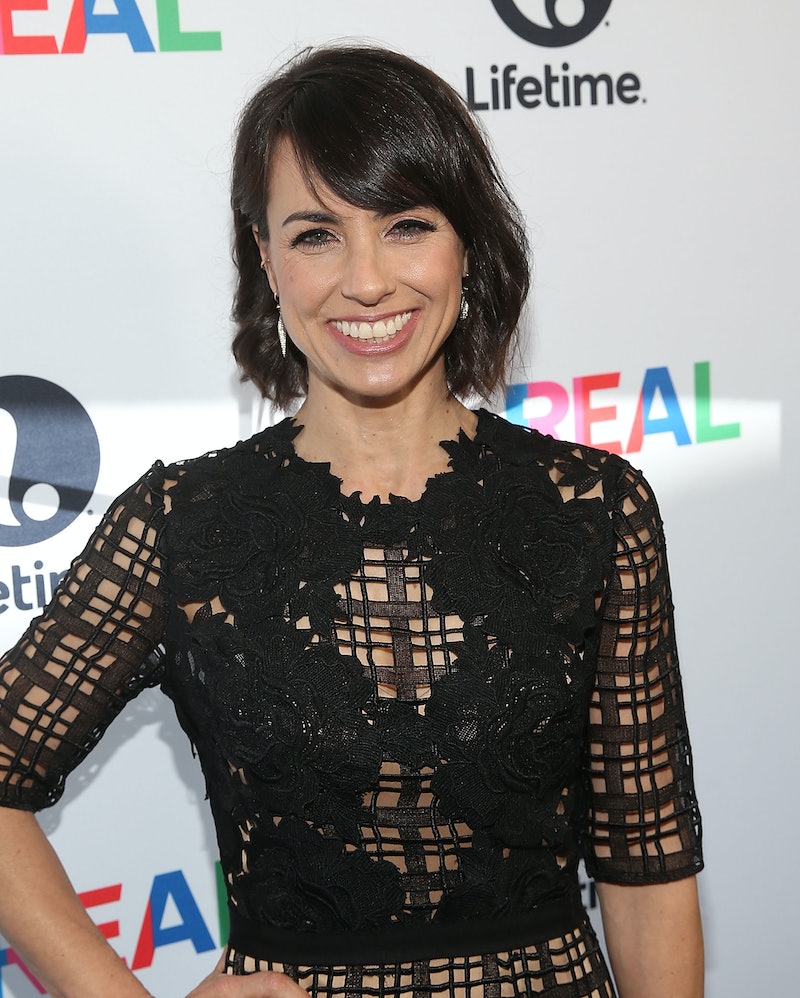 When it comes to the 2016 Emmy nominations, there are a lot of nominees I couldn't be more thrilled to see recognized. However, there is one particular actor who I may have gone on a Twitter rant about if she didn't receive love. I'm talking about UnREAL 's Constance Zimmer, who earned her first Emmy nom for her role as Quinn King in the hit Lifetime series. The nomination in the Supporting Actress in a Drama Series category is so deserved, because Zimmer is that amazing as Quinn. Guess what? Her co-stars feel the exact same way. The UnREAL cast is praising Zimmer and her Emmy nod all over social media. Let's just say they are just as excited as she is over the thrilling news.

Update: Zimmer released the following statement to Bustle about her win: “I screamed, jumped up and down, got a little teary and screamed again. I’m so proud to be a part of this show and so grateful to Lifetime for not taking no for an answer.”

Earlier: Ever since Season 1, the 45-year-old talent has shown why she is an actor. She makes viewers love and hate Quinn all at once, which is just more proof of how great she is at her job. It would've been nice to also see her co-star Shiri Appleby get some Emmy love, because she is just as fantastic as Rachel Goldberg. Really, Appleby and Zimmer should win all of the awards. Whatever the case, at least Zimmer didn't get snubbed. Oh, and I can't forget to mention that UnREAL got nominated for Outstanding Writing for a Drama Series, which is also huge.

As for Zimmer's nom, Appleby clearly has no hard feelings, because she couldn't be happier for her friend and co-star. But, first, let's talk about Zimmer's reaction. She is currently on vacation in France and just had to take a break to tweet her thanks and excitement.

The perfect reaction, if I do say so myself. Now, her co-stars.

Like the supportive and appreciate person she is, Appleby responded on Twitter with, "I wouldn't have gotten it without you by my side! Xoxo." They really are like Quinn and Rachel, minus all of the manipulation.

Even Chet is thrilled.

Their characters might not get along, but they sure do in real life.

Jay is super proud of his boss.

To see the support thrown her way makes me love UnREAL and the cast even more. I really am pulling for Zimmer at the Emmys and hoping she inserts some type of badass Quinn quote into her acceptance speech.

Congrats to Zimmer on her much-deserved honor!