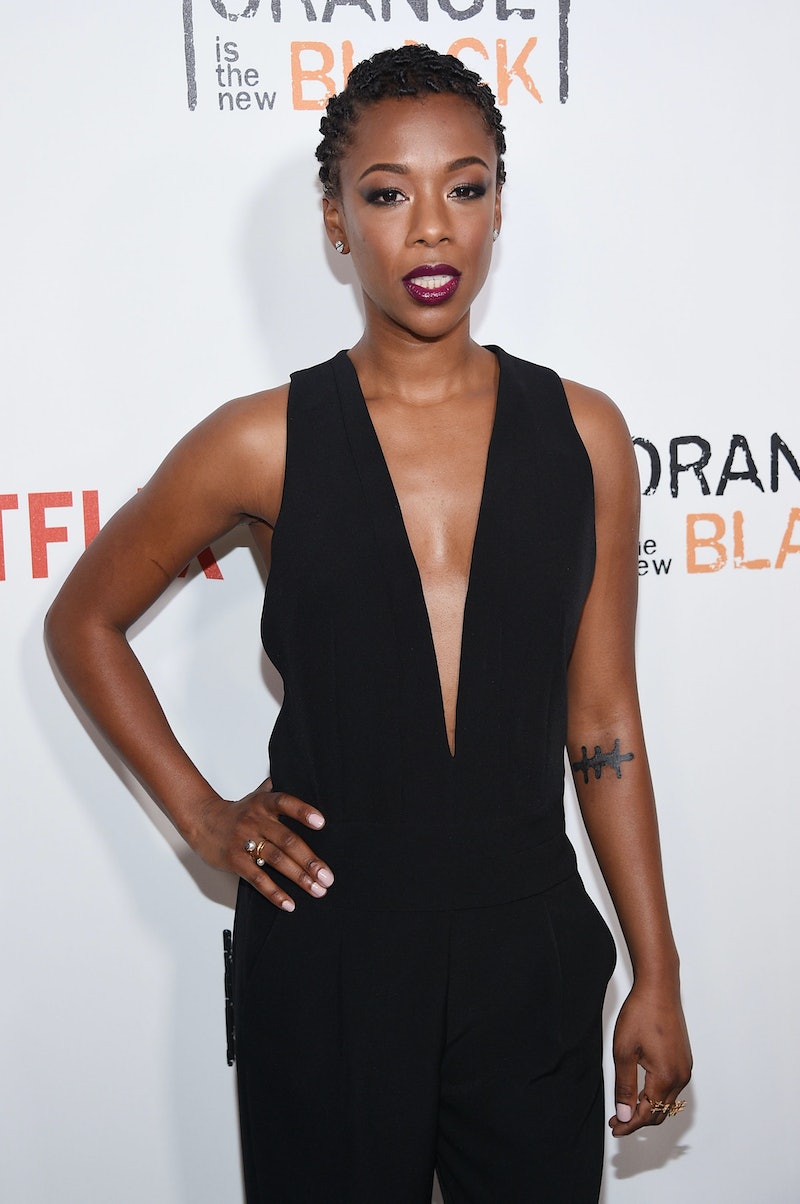 Out of all the actors on TV this year, Samira Wiley might have been the one the most people were rooting for. After a big season for her Orange Is The New Black character, the lack of Emmy nomination for Samira Wiley might seem like a snub. After all, Wiley's character Poussey had a majorly tragic moment in the show's fourth season, as well as some beautiful, much happier scenes.

However, this apparent oversight isn't actually a snub — and it's not because Wiley doesn't deserve an Emmy for her work on the Netflix show. The window for 2016 Emmy nominations is June 1, 2015 to May 31, 2016, and the most recent season of OITNB debuted just past that window. This means that while Wiley's Season 4 work wasn't even eligible to be honored at this year's Emmys, she might very well be a contender for next year.

The only drawback is that since Wiley left the show after this past season, her performance might not be as fresh in the minds of Emmy voters in 2017 as it is now. Additionally, while Orange Is The New Black has received a lot of Emmys love in the past, it was barely recognized this year for the season that aired in 2015. The Emmys were created in a time of traditional broadcast networks and thus might not be as able to honor the timelines of marathonable shows, and sometimes dramedies like OITNB are overlooked. These reasons might explain why the show received so few nominations.

Whether or not she gets nominated for an Emmy in 2017, Wiley has still won. Not long after we all realized she wouldn't be rejoining OITNB next season, it was announced that Wiley would join the cast of comedy You're The Worst. Additionally, she's got a new movie out and a pretty cool girlfriend. Regardless of whether her work as Poussey gets awards show recognition, she's solidified in the hearts of fans as a very talented actress and the kind of person you just have to root for. And I'll keep my fingers crossed for that Emmy nom.