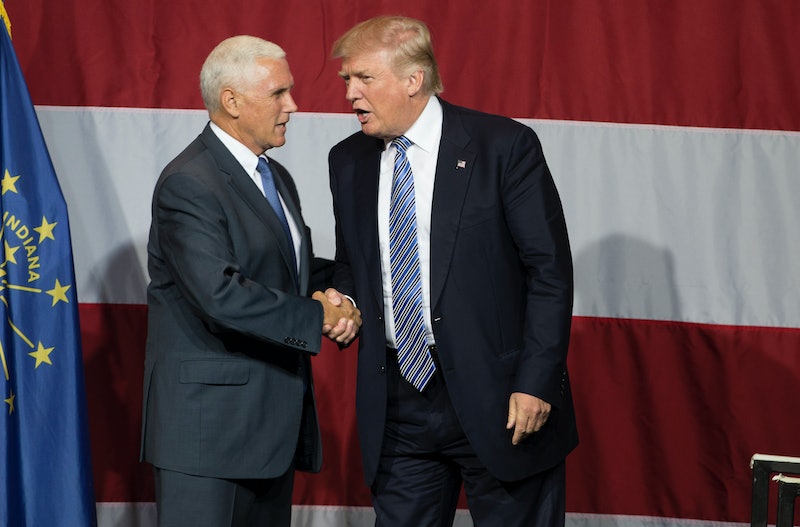 Earlier: Nothing is set in stone, but Reuters reported that Donald Trump will name Indiana Governor Mike Pence as his running mate in the 2016 election. Although it's unconfirmed (Trump will make the official announcement at 11 a.m. on Friday, July 14, according to Roll Call), some voters will wonder exactly what power the Republican National Convention holds. Can the RNC choose a different vice presidential candidate, for example?

The rules as far as squashing a presidential candidate seem pretty clear. According to Wall Street Journal, there are votes that are “bound” to Trump based on the results of caucuses and GOP primaries. But, if 57 of the committee members pass a proposal to “unbind” these voters, they’d be free to vote for someone besides Trump. If this process played out, it could change the Republican candidate entirely.

When it comes to selecting a running mate, it's a lengthy process for any presidential candidate. “There’s a lot of homework that has to be done, and that needs to be done before the convention,” Charlie Black, a former McCain adviser, told the Atlantic..

Earlier in the election process John Sununu, the former New Hampshire governor told the publication, "This is so unique, different, and unusual that anyone who really thinks they can give you a straight answer doesn’t understand how crazy the situation really is.”

Time will tell whether Trump's vice presidential pick actually becomes his running mate at the convention.