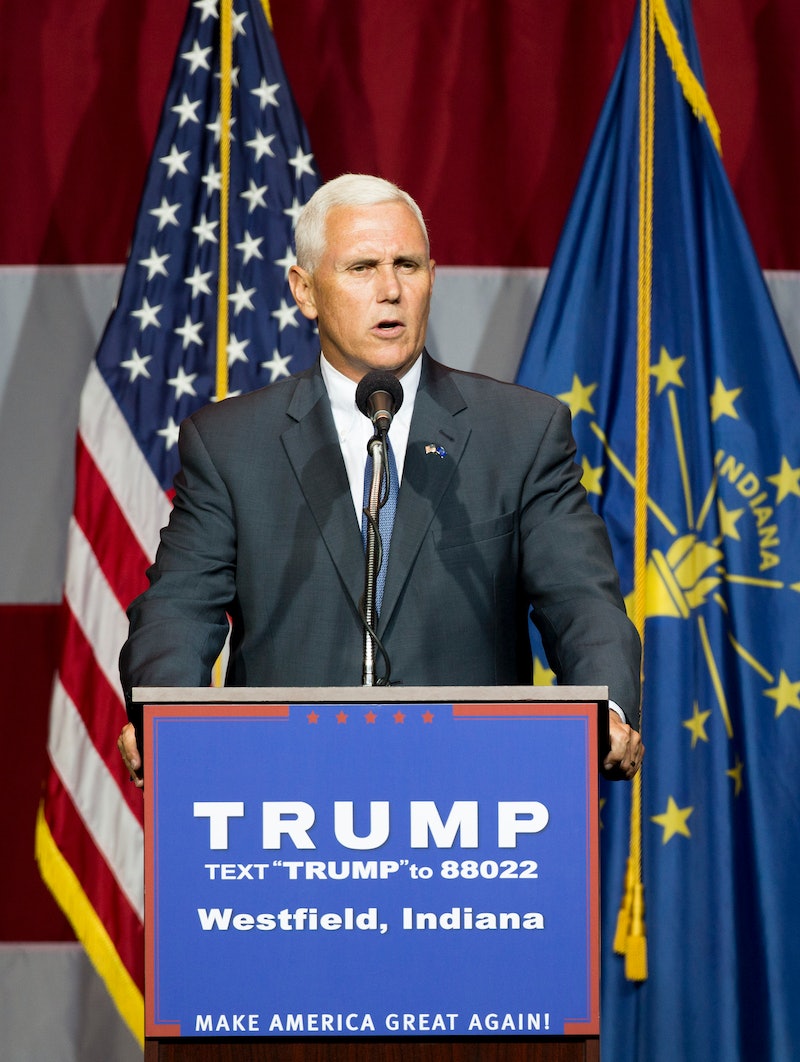 Earlier: On Thursday, news broke that Indiana governor Mike Pence is Donald Trump's potential vice president, as Reuters reported — and as a result, everyone on the internet is officially working overtime trying to unearth every last detail of Pence's life and past. What is his history? What does he stand for? Who is his family? Pence has a wife of over 30 years and three children: one son and two daughters. Who is Michael Pence, his only son? I did the homework, so you don't have to — and Bustle has reached out to him for comment.

First, it's important to know that the Trump campaign has not confirmed Mike Pence as potential VP; Trump senior communications adviser Jason Miller said, "A decision has not been made by Mr. Trump. He will be making a decision in the future…" He continued that Trump "will be announcing his Vice Presidential pick tomorrow at 11am as planned." But moving on.

Michael Pence, who is 24 years old, according to ABC, attended Indiana's Purdue University and studied to be a pilot. After he graduated, he joined the Marine Corps, becoming a second lieutenant in 2015. All three siblings (including sisters Charlotte and Audrey) have always been a part of father Mike's political life, joining him on his political stops during his years spent as a congressman. But that didn't stop them from having a regular life. Michael once told local news media outlet WTHR.com, "Frankly, we've had a pretty normal childhood. We've seen some cool things in DC and now Indiana, but it's been pretty normal until the last six months."

The children have been incredibly supportive of their dad's campaigns in the past, and will likely be a strong force in his next campaign. Even though the family’s political views don’t always line up 100 percent (daughter Audrey describes herself as socially liberal), the family still stands together united as one, fully in support of Pence’s political career and aspirations. All three children will very likely continue to play a huge role in his professional life moving forward.

Regardless of his political stance, Mike Pence certainly seems like a family man. This is a family who has been in the political spotlight for years, and there are no signs of that changing anytime soon.