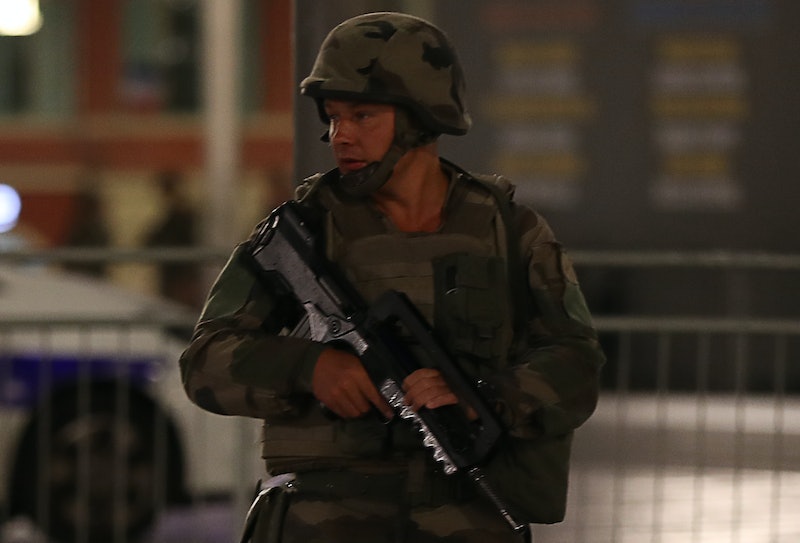 Earlier:It was supposed to be a day of celebration for France on the nation's historic Bastille Day, but late Thursday evening, it ended in horror and bloodshed. A long white truck ran into a crowd on Thursday evening, leaving a death toll in Nice, France, that will likely continue to change as the days go on. Initial reports put the count at least 30 people dead, but later reports indicated that the death toll may be as high as 73 people, with that toll expected to rise.

Officials say the truck drove for more than 100 meters at a high speed along the landmark Promenade des Anglais where a large crowd had congregated to watch a firework display. According to numerous reports, police exchanged gunfire with the people in truck, and the driver has been killed. The truck was also loaded with grenades and guns, according to president of the Provence-Alpes-Côte-d’Azur region and Nice Mayor, Christian Estrosi.

Nice Mayor Estrosi also released a tweet that translated reads, "Dear Nice, the driver of a truck seems to have left dozens dead. For the moment, stay home. More information to come."

Along with the dozens of people who have been killed, about 100 people have reportedly been injured. It has not yet been confirmed if this was a terror attack, though local media are referring to the Nice attack as an act of terrorism. The country has been on edge since the Paris massacre that left 128 people dead last November, an attack that ISIS later claimed responsibility for.

President Francois Hollande has also called the attack a "criminal act," and Estrosi has called it "the worst catastrophe our region has seen in modern history."

At this time, French media are reporting conflicting numbers in the amount of casualties, as law enforcement has not yet provided an exact death toll. An Interior Ministry spokesman said it was still too soon to say if the driver was acting with a terrorist group.