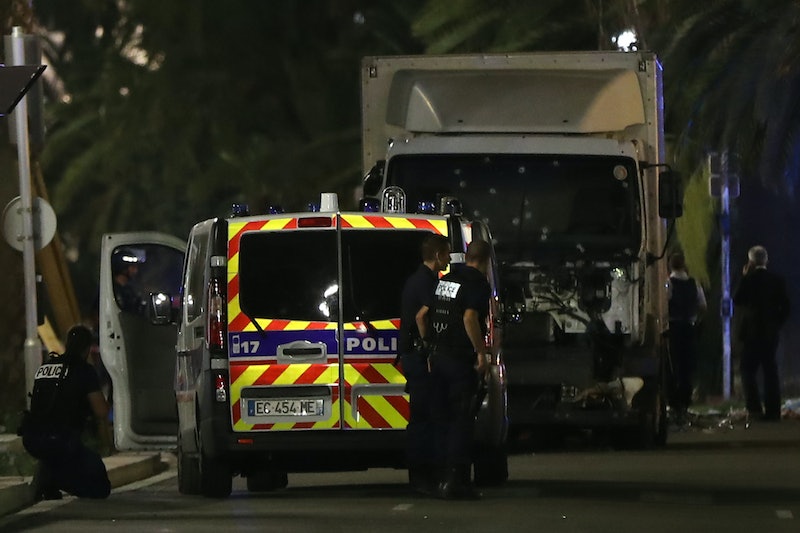 Earlier: On Thursday night in the midst of Bastille Day fireworks, a truck plowed into a crowd in Nice, France. At the time of writing, the deputy of Mayor of Nice, Christian Estrosi, said at least 70 people were killed in the attack, and Reuters reported that 100 people were hurt. The victims were watching the annual fireworks celebration along the Promenade des Anglais. The driver of the truck was shot dead, according to multiple French officials. Many are now wondering why the truck crashed in Nice.

There are only a few details about the horrific crash itself. Reuters reported that sub-prefect Sebastien Humbert told France Infos radio that the truck was driven at a "high speed for over 100 meters" into the crowd gathered to enjoy the annual fireworks. According to Vox, Le Monde reported that a prosecutor said: "The truck drove through the crowd, crushing people, for 2 kilometers, or about 1.2 miles." It's not clear what was motivating the driver, but he fired into the crowd, according to what Estrosi told the local media. Estrosi also said that "the truck was loaded with arms, loaded with grenades." Following the attack, Nice was placed on lockdown. At the time of writing, French officials were still instructing people to remain indoors.