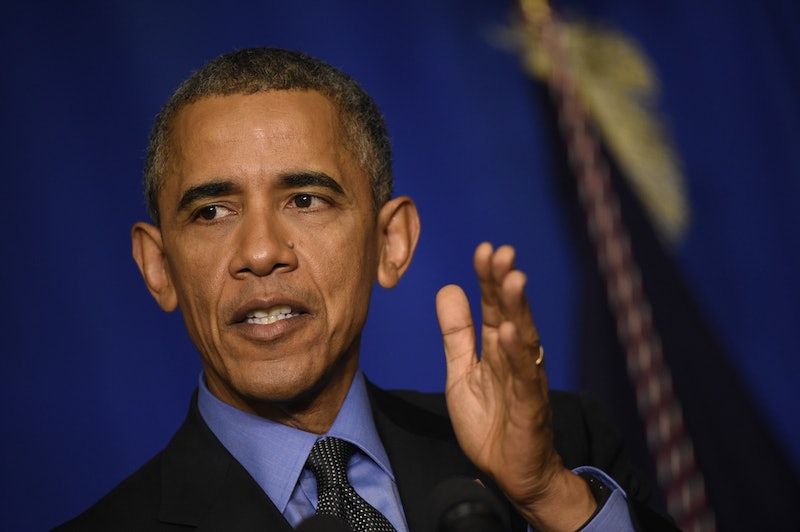 Earlier: Bastille Day is France's independence day and every year, the people of France celebrate their country's rich history. But this year, celebration quickly turned to tragedy when a truck plowed through a crowd of people celebrating Bastille Day in Nice, France, which left at least 77 people dead and wounded countless others. President Obama's response to the Nice attack spread an important message that we all need to remember.

There were multiple attacks in Paris in November that left the country and the entire world in shock. That was just eight months earlier than this horrific Bastille Day attack that happened late Thursday evening and left dozens dead.

In a press conference held early Friday, French President François Hollande responded to the Nice attack with a somber message about France and its resiliency: "France is in tears, she is hurting but she is strong. She will be stronger. Always stronger than the fanatics who wish to hurt us." Hollande's message about the strength of France was echoed in Obama's statement on the attack, and both give a sobering reminder of just how much France has been through in the past year.

"We stand in solidarity and partnership with France, our oldest ally, as they respond to and recover from this attack," Obama said in his statement.

Obama wished "a full recovery" to all those affected by the attack and strongly condemned "what appears to be a horrific terrorist attack in Nice, France." But while Obama's message to the people of Nice included the typical well-wishes from a prominent political figure, perhaps his most salient words are at the end of the statement:

On this Bastille Day, we are reminded of the extraordinary resilience and democratic values that have made France an inspiration to the entire world, and we know that the character of the French Republic will endure long after this devastating and tragic loss of life.

Both Presidents Hollande and Obama shared messages of the strength of France, which is an important message for the world to remember in the wake of this tragedy: that time and again, France has proven to the world that it remains resilient and that it will not cower to cruel terrorists.