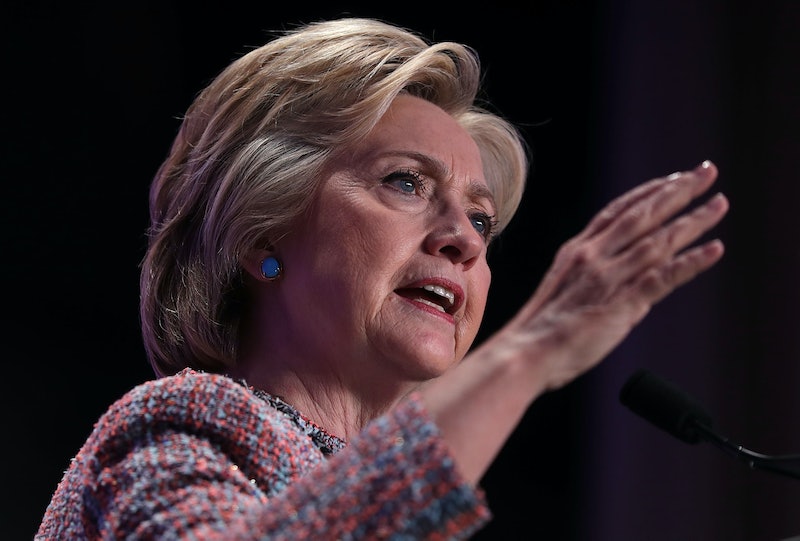 Earlier: Hours following the Bastille Day attack that left at least 84 dead in Nice, France, Hillary Clinton posted a response to Twitter. Refraining from making any politically-charged comments, she simply reiterated America's solidarity with France on what should have been a day of celebration. Clinton's display of support presents sharp contrast to reactionary remarks made by her Republican counterparts, some of whom attacked President Barack Obama. Clinton wrote:

We will never allow terrorists to undermine the egalitarian and democratic values that underpin our very way of life. This cowardly attack only strengthens our commitment to our alliance and to defeating terrorism around the world. Our thoughts and prayers are with the families of those killed and injured, and with all our friends in France.

France has been one of the United States most important allies in the fight against ISIS, which has also made them most vulnerable to terrorist attacks. Following the Paris attacks in November 2015, the country escalated its airstrikes on both Iraq and Syria. Though French President Francoise Hollande has attributed the latest atrocity to terrorism, he has yet to mention whether ISIS was involved. In her statement, Clinton made it clear that she appreciates France's allegiance, as well as the sacrifices it's made in what has become an incredibly convoluted battle against the extremist organization.

Unfortunately, this isn't the first tragedy prospective presidential candidates have had to address in the past several months. In response to the last attack on France in November, Clinton asked the government to heighten its military response to ISIS. She spoke with newfound urgency in her address to Congress:

This is no time to be scoring political points. We must use every pillar of American power, including our values, to fight terror.

Based on her most recent comments to the press, Clinton's most important "pillar of American power" will be military intelligence, which she'd use to target terrorists and conduct airstrikes. Later in the day on Thursday, she spoke with both CNN and Fox, at which time she deemed it appropriate to discuss how she would handle such an attack if she were elected president. In line with her national security policy proposal, she stressed the prioritization of military intelligence over boots on the ground during an interview with Anderson Cooper. And when asked whether the nation's leader needs to use the term "radical Islam," Clinton kept it simple, cutting straight to the point:

It's not so important what we call these people as what we do about them, and I think back to our success in getting (Osama) bin Laden, it was important that we built the case, we got the information and the President ordered the raid.

ISIS's assault on democracy will not go away anytime soon, putting a significant burden on the nation's next president. If Clinton is elected to office, her ability to address these tragedies from both an emotional and strategic standpoint will be of the utmost importance.