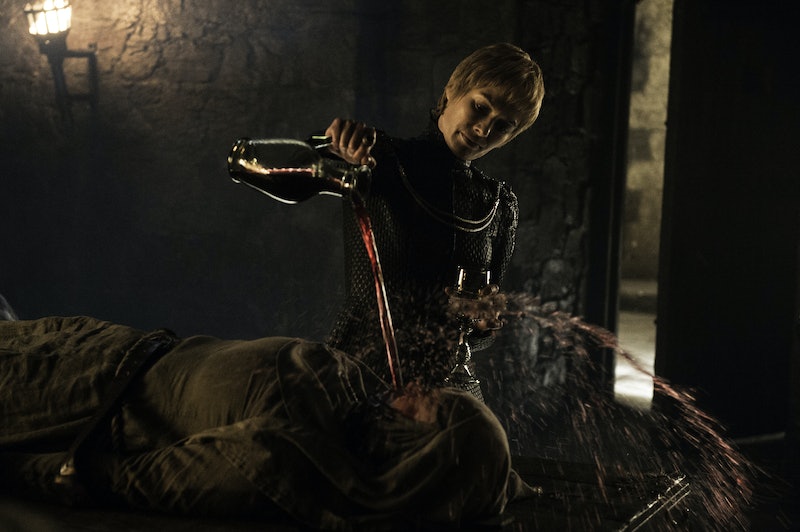 When you're dealing with a series that's as beloved and addictive as HBO's Game of Thrones, waiting for its return isn't just aggravating — it's downright excruciating. So when it was announced that the Game of Thrones Season 7 premiere will be delayed longer than usual, fans were understandably bummed. Granted, this is mostly happening in order to maintain the show's authenticity — now that winter is here, darker weather is needed — but that doesn't make waiting for Game of Thrones ' Season 7 return any less difficult to endure, especially when you add in the fact that the number of episodes are being decreased from 10 to seven. So not only are we having to wait longer to get our usual Westeros fill, but the amount we're getting will be significantly less. Talk about a lose-lose situation.

But as you attempt to cope throughout these difficult times, take comfort in knowing that you are definitely not alone in your struggles. We are all going through the exact same emotional turmoil. But just in case you're a relative newcomer to the whole Game of Thrones waiting process, here's a general idea of the various stages of grief you can expect to go through during this extra-long hiatus. Because once you start playing the Game of Thrones, you either win or you cry.

1. You Fully Immerse Yourself In The GoT Rumor Mill

Anything and everything that's being said about Game of Thrones, from cast interviews to specific theories on Reddit, you are all over it. Anything to keep you riding that Westeros high and avoid realizing that it's no longer on.

2. Every Sunday Night Now Feels Like A Stab To The Heart

Especially on those evenings when you forget that it's on hiatus and scroll over to HBO when the clock strikes 9 p.m. only to find the equivalent of what Jon Snow knows: nothing.

3. So You Start Randomly Quoting Lines From The Show To Anyone Who Will Listen

Fun fact: if you scream-cry the words "hold the door" enough times in your apartment building, your neighbors will no longer make direct eye contact with you.

4. You Attempt To Recruit More Watchers

5. You Re-Watch The Latest Season All Over Again

Anything to help fill that current GoT void that's been growing in your heart.

6. Your Denial Slowly Turns To Resentment

Why can't they just make fake snow or use CGI? This is a show that has dragons and White Walkers in it. How authentic does it really need to be?

You feel as though you'll never seen these characters again. You'd even take an episode based solely in Meereen at this point.

8. You Cancel Plans With Friends So You Can Focus On What Truly Matters

Like taking a quiz to find out which of Dany's dragons you would be and what that says about you.

9. You Even Ask Around About Getting Your Own Iron Throne Made

It would be the perfect accent to your living room, after all.

10. But Then You Stumble Across Another Great Show That You Love

And it reminds you that even when one show is gone (temporarily or otherwise), there are a bunch of others that can help pass the time.

11. Which Brings Us To Acceptance

And the thrill of knowing that when GoT does return it'll be well worth the wait.

Note: please be prepared to repeat this process after every season. Hey, nobody said being a Game of Thrones fan was easy, but it's something you'll never come to regret.