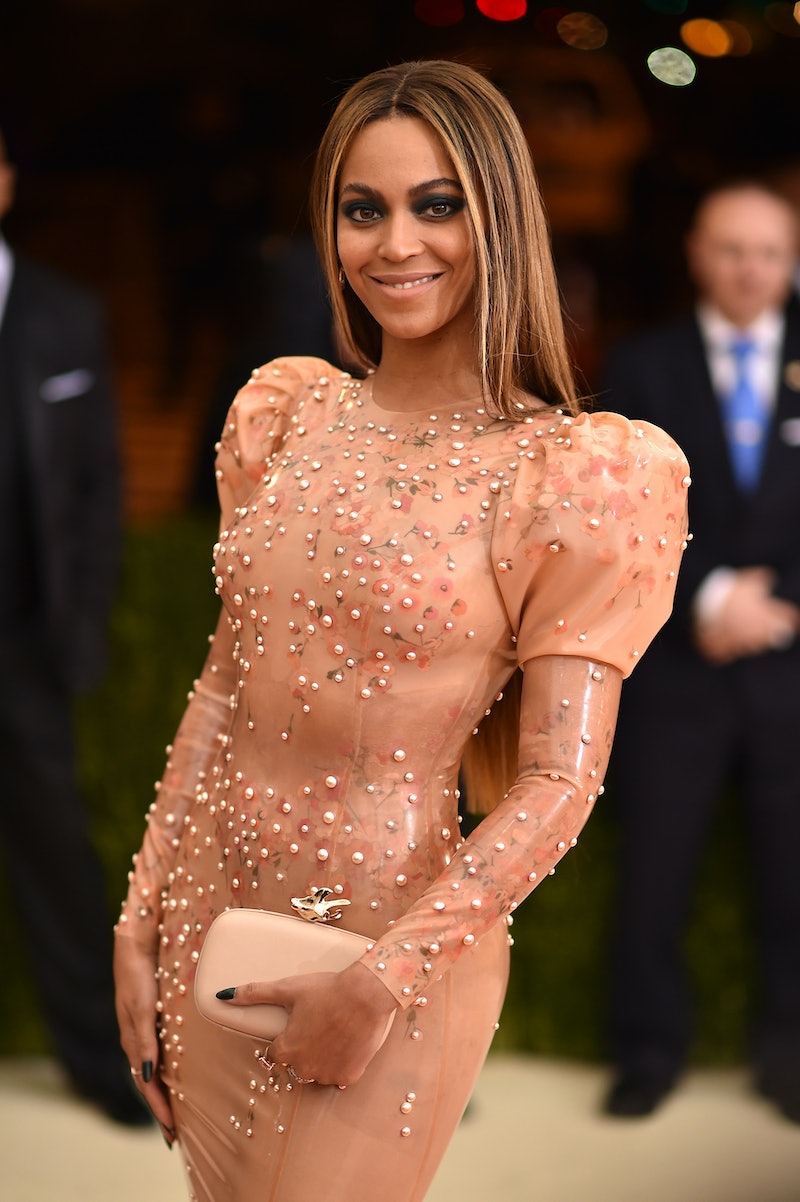 With the 2016 Democratic National Convention officially here, I'm sure there is one question running through the minds of many. Is Beyoncé at the Democratic National Convention? Let's just say she could show up at any moment in typical Queen Bey style. When doesn't she like to make an entrance or make a surprise appearance? The same could also go for the DNC. In June, Politico reported that Hillary Clinton's wish list of performers at the political event includes Bey, so there's a good chance the potential future POTUS could get what she wants.

While talking with Refinery29 in June, Rev. Leah Daughtry, DNC's chief executive officer, even opened up about the possibility of Beyoncé performing. Like pretty much everyone else in the world, Daughtry loves Bey and said that she would do whatever it took to get the singer to attend. "I believe she’s in Sweden on the Formation tour, but we're going to see what we can do to get her to fly over for the night or so," she said. "We’ll see!"

Basically, keep your eyes open and don't take your eyes off of any DNC coverage, because Beyoncé could walk out on the stage at any moment.

Whenever given the opportunity, Clinton has voiced her love of Beyoncé. During a May appearance on The Ellen DeGeneres Show, the 2016 presidential candidate was asked by Taylor Swift her thoughts on "Lemonade." She answered, "I have seen parts of it, and I do like it. It's great." That same appearance, she played, "Would You Rather: VP Edition." When asked to choose between Bey and Leonardo DiCaprio, Clinton responded, "I really believe in making lemonade out of lemons."

Do you really need further proof of Clinton's adoration for the singer? Even though she hasn't officially endorsed Clinton, it seems Beyoncé supports her. In May 2015, she attended a fundraiser for Clinton, which speaks volumes. There's already a long list of impressive celebrities (and many influential women) at the DNC, so, if Bey shows up, Clinton's event will be one for the books.