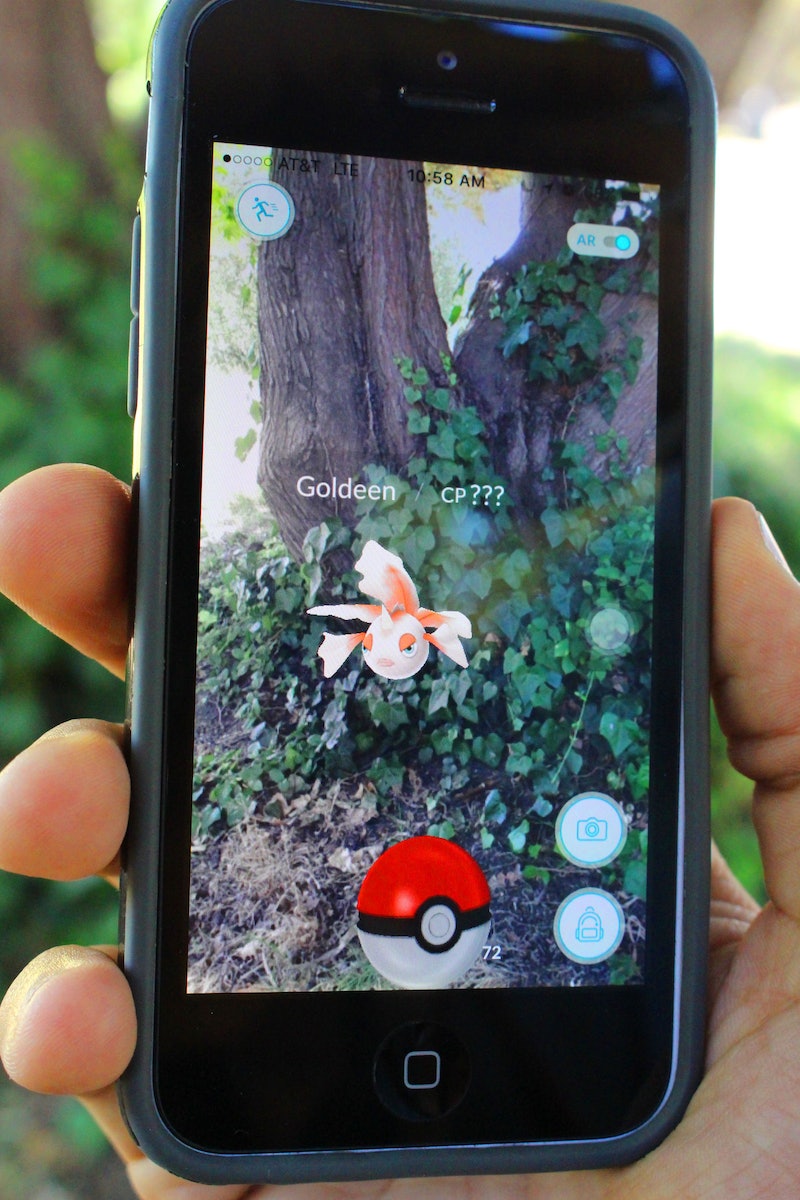 Not that it ever really went away, but with the release of "Pokemon Go," Pokemon is back with a vengeance — and everyone is freaking out about it. Yep, the Nintendo franchise which took the world by storm starting in the '90s has been given a 2016 make-over with "Pokemon Go," a free mobile phone game that is seriously addictive. And whether you're a Pokenewbie, or an old-school veteran, the number one question on your cartoon-obsessed mind right now is quite possibly: What is "CP" in "Pokemon Go?" What is it for? What does it do? And perhaps most importantly, how do I increase it?

For anyone else having difficulty processing what I'm talking about right now, catch up on the hype with our guide to "Pokemon GO" first. Even if you're not playing it, it's probably worth knowing what it is; "Pokemon Go" is currently more popular than Tinder, believe it or not, and what's more, it's also on the verge of overtaking Twitter in terms of daily active users on Android, according to Vox. It's big, and it's probably here to stay — at least for the foreseeable future.

Among the many "Pokemon Go"-related acronyms you'll probably hear people bandying about is "CP" — and as you probably know by now, one of the most challenging aspects to the game (besides working out what all the abbreviations and acronyms are) is determining how "CP" can benefit you in the game. So allow me to explain: "CP" stands for Combat Power, and it's unlike any other stat in the game. You'll find it after you log into "Pokemon Go," set up your character, and catch your first Pokemon; in fact, every Pokemon in your inventory is filed under their number of CP that Pokemon has.

Long-time Pokemon fans might remember that we once needed to refer to a bunch of stats to determine who could battle who successfully, but now "Pokemon Go" just provides a singular number for the power and level of your Pokemon: CP. This makes things relatively simple; essentially, the higher your Pokemon's CP, the harder they can hit other characters. CP is crucial for working out your best match when taking on a rival Pokemon in gyms; it also might influence your decisions about which Pokemon you catch and keep.

Basically, CP is the VIP-status of the Pokemon world and should never be ignored.

Bear in mind, though, that each Pokemon has a maximum CP level, which is determined by their species, size, and their weight, according to gamer site Attack Of The Fanboy. Apparently it's the species category you should look out for the most: "The most important factor is the species. ... You’ll see this as you start to catch rarer and more powerful Pokemon. The half-circle above your Pokemon in the stat screen shows how much higher the CP can go," writes Attack Of The Fanboy. However, you can apparently raise the limit, as well: "Powering them up will raise it toward this limit, but to raise the limit you’ll need to evolve them," continues the site.

Additionally, using Stardust in battle will also increase your Pokémon's CP and HP (health points), and as your Pokemon gains levels or evolves, its CP will go up. There's a lot to take in when it comes to keeping track of this very important stat — but now you'll hopefully be on your way to Pokemon victory in no time at all.