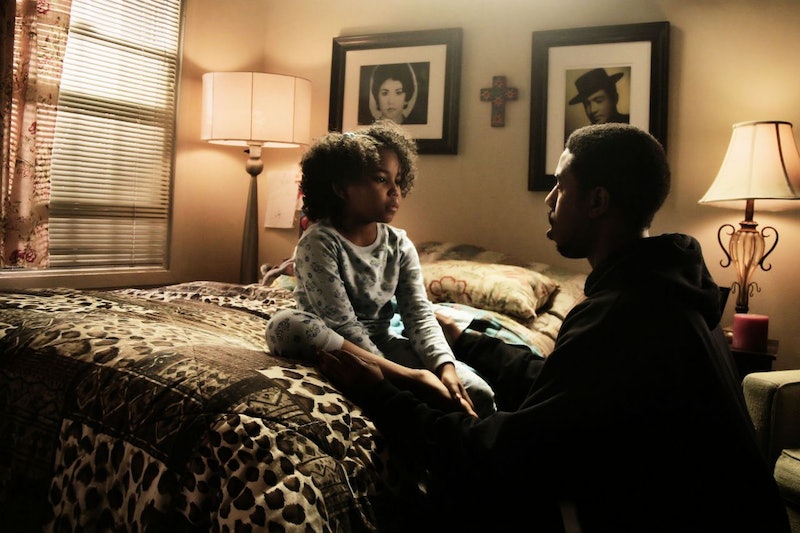 Actor Michael B. Jordan had a Q&A session Saturday after a screening of his new movie, Fruitvale Station. When he found out that George Zimmerman was found not guilty for the murder of Trayvon Martin, he almost didn't go.

”My heart hurts so bad right now," said Jordan, after the screening in Los Angeles.

"I wasn't going to come after I found out about George Zimmerman getting acquitted. It broke me up. That’s why I think this film means so much, because it keeps happening again and again."

Fruitvale Station follows the final day of Oscar Grant, an African-American man who was shot and fatally wounded by a police officer after an altercation on the San Francisco subway in 2009. Michael B. Jordan plays Grant, and his performance in the film has already received praise. Grant isn't portrayed as or a martyr, just a human being who became the victim of police violence. The movie has been doing well in limited screenings, and it's already being named as an Oscar contender.

It's an eerie coincidence that the movie premiered the day before the verdict of George Zimmerman's trial. Although the deaths of Trayvon Martin and Oscar Grant were tragic incidents, they might be just what we need right now to remind us that we are far from a "post-racial" society, or even a "post-racist" society. In a world where the majority of contestants on a national reality show are racist and people come to the defense of Paula Deen's old-school racism, maybe a truly devastating event is what we need.

“I want to hear your questions tonight and answer them.," he said to the audience on Saturday.

"But if you could keep it away from Trayvon, I think my opinion on that is not going to help anybody right now.”

That's fair -- he's not obligated to share his opinions, and he's not expected to be a voice for anyone. But voices like Jordan's are what we need right now. We need to have these discussions, even if they're uncomfortable, because they can shine a lot of light on an issue that most people like to keep in the dark. We need to talk about what people really mean when they say "suspicious" or "self-defense" or "threat to our safety" and the kind of actions that can result from those words. It's even more important to hear Jordan's opinions, because as he revealed in Saturday's Q&A, he's been a victim of racial profiling as well.

“I have been pulled over, illegally searched, handcuffed, sat on the curb numerous times," Grant said. "Driving down the street here in LA I sometimes pull over when I see a cop. Honestly, sometimes those experiences help in playing a role like this."

Hopefully, as time passes and people get past the initial shock of the verdict of the Trayvon Martin case, Jordan and other black men will feel more comfortable discussing the case and what it means to them. Because Martin's and Grant's and even Jordan's stories tell us that these are not isolated events. They tell us that racism is alive and well, and it's hurting people every day. Some people (myself included) are lucky enough to have the privilege to be able to ignore it, but Fruitvale Station, especially after the Trayvon Martin case, puts it in glaring focus in a way that is uncomfortable and all too real.

Jordan may not be comfortable speaking on the issue yet, but Fruitvale Station writer and director Ryan Coogler gave an compassionate response to a question about the case at the Film Society of Lincoln Center on Saturday.