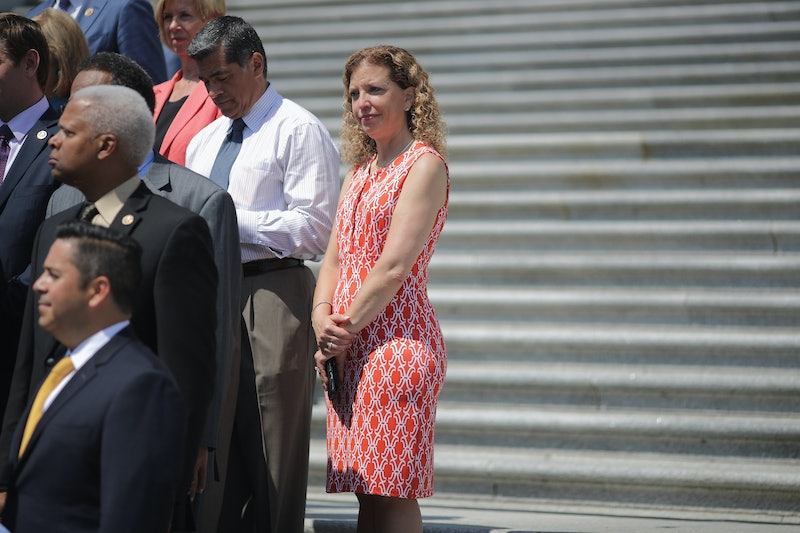 Wasserman Schultz's resignation as Democratic National Committee chairwoman puts all the more pressure on her race in Florida's 23rd congressional district, and that primary is coming up quickly. Voters will go to the polls on Aug. 30 to decide whether to give Wasserman Schultz another go, or to install challenger Tim Canova in her seat instead. While she has been a relatively steadfast Clintonite for most of the past two decades, Canova is much more ideologically aligned with the Sanders camp, and has clinched an official endorsement from the populist Democratic insurgent.

Wasserman Schultz has been representing the people of the 23rd for just over 3 years. She got her start in Congress in 2005 as a representative from Florida's 20th congressional district. But despite her work at the DNC, and in Congress, Wasserman Schultz remains a divisive figure in the party, and hasn't been universally lauded for her efforts. For example, she upset progressive groups by accepting campaign contributions from out-of-district payday lenders.

Canova got his start in politics as a staffer for Massachusetts Sen. Paul Tsongas. Tsongas was actually an early favorite to win the 1992 Democratic nomination, but he ended up being bested by Bill Clinton. So in a way, this isn't just merely about Wasserman Schultz and Canova after all — this fight speaks to the larger divide in the Democratic Party between those who subscribe to the basic tenets of neoliberal economics, and those who do not, that has been festering since the heyday of the Reagan revolution. A proxy fight between the Clinton and Sanders factions that goes pretty far back.

Whether or not Wasserman Schultz will be able keep her seat depends on how effectively she'll be able to use the 36 days left until the election to make the case to her constituents that she will be the best person to address their needs in Congress. However, at the end of the day, it is entirely possible that 36 days just aren't enough time to convince Florida voters to send her back to Congress for a sixth term.

Even if she doesn't manage to prevail over Canova in the Aug. 30 primary, there are whispers in the chattering class that she may have a spot in the Clinton Administration, redux.