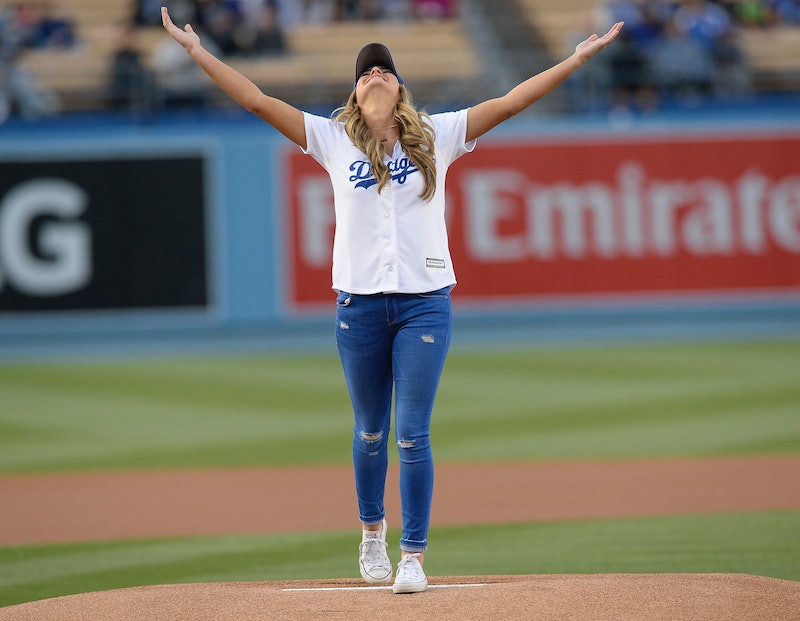 If there’s one thing that I know about love, it's this: what works for one person doesn’t necessarily work for another. Looking to other people’s relationships to measure what is right for yours is a pretty dangerous pastime. But knowing that doesn’t stop me from saying as often as possible that I think JoJo let her best options get away on The Bachelorette this season. I say it with the understanding that JoJo and I clearly have very different taste when it comes to men. But I also say it knowing that, regardless of character or physical attraction, there are a few things that ground any good relationship. At this point in the season, I am genuinely worried that the men JoJo is left with are lacking in those qualities.

We all saw it go down. During the four hometown dates, not a single day passed without JoJo pointing out that she was feeling some doubts. With each of the men, JoJo worried about their commitment, their trustworthiness, and their ability to open up to her emotionally. Those may have seemed like passing doubts that any girl on the verge of her engagement would have, but I think those doubts are way more significant than even JoJo is willing to admit.

I'm a pragmatist when it comes to love, which means that I think these things that JoJo is having doubts about — commitment, trust, and expression — are three of the most important things to look for in a relationship. All the other things — how many times a week you have sex, his sense of style, and how he looks at you when you walk in a room — don’t really matter when you think about the big picture. And, when you’re facing down an engagement, the big picture is the rest of your life. Are any of us really going to care about those things when we’re 98 and in wheelchairs?

Here’s what I think happened to JoJo on this season of The Bachelorette: I think she believed that all of those surface aspects of a relationship, all of those things that snap and crackle with energy when you first get together with a person, are the things that keep people together. Because of that, she passed up some really great guys. Guys who were emotionally perceptive, honest with themselves about their limitations, and rightfully leery of this whole finding love in a few weeks thing.

Sure, these guys also happened to be some of this season’s slow starters (ahem, Wes), but they were also some of the season’s best guys. Instead of seeing the sincerity in Derek, or the adoration in Ali, or the emotional maturity of Christian, JoJo fell for the guys who got her blood boiling, the guys manhandled her in the corner, and stole her away for secret rounds of kissing.

Listen, all of those things are hot, and dating guys like that is fun. Don’t get me wrong. But getting sidetracked by all of that electricity and ignoring the other more important things (things like your gut telling you, still, not to trust this guy) makes me think that JoJo long ago got rid of her best options on The Bachelorette. The only thing I can hope for now is that she finds happiness outside of the show, because I’m not convinced she can with any of these guys.