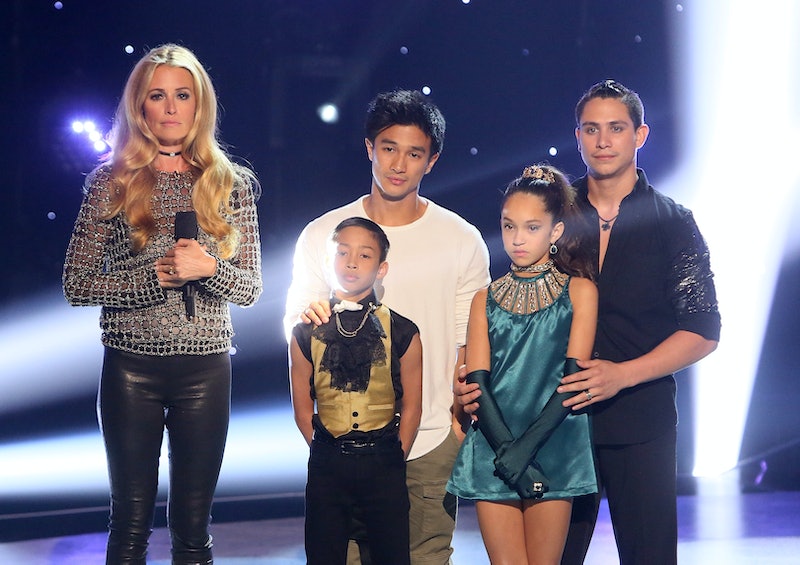 So You Think You Can Dance: The Next Generation has done it again — uplifted me with amazing kids dancing and then crushed me with eliminating one of the young contestants. During the July 25 episode, Sheaden was eliminated on So You Think You Can Dance. After being in the bottom two with Daniela during the July 18 episode, the judges chose to save him. But when he was unfortunately on the chopping block again in back-to-back weeks, the hip-hop dancer was sent home by the judges with a sad farewell.

While I think Sheaden is supremely talented, the odds never seemed in his favor on the dance competition show. He lost his All-Star partner before the live shows (Joshua Allen is facing felony charges for domestic violence) and was critiqued by the judges during his first live performance with his replacement All-Star Marko. I didn't think the criticism of his bogeyman performance was warranted and it probably led to him being in the bottom two during the July 18 episode.

The judges made the right call in keeping Sheaden on July 18 with his charismatic performance style and strong hip-hop skills, but when he was placed in the bottom two again — this time with Ruby — the judges had to make the tough call to let him go. After not getting enough votes to be safe the second week in a row, judges Nigel Lythgoe, Paula Abdul, Maddie Ziegler, and Jason Derulo seemed to have no choice, so I understood why Sheaden was sent home — but that doesn't mean I'm OK with it.

I don't think viewers got to see everything Sheaden was capable of doing. However, when there are only 10 competitors to start with, the competition is going to be tough, so it wasn't like I was ready for Ruby to leave yet either. Lamentably, not being ready to say goodbye to these talented kids each week is going to be a theme for The Next Generation season, but the competitors — including Sheaden — should know how good they are to have even been a part of So You Think You Can Dance's inaugural Next Generation.