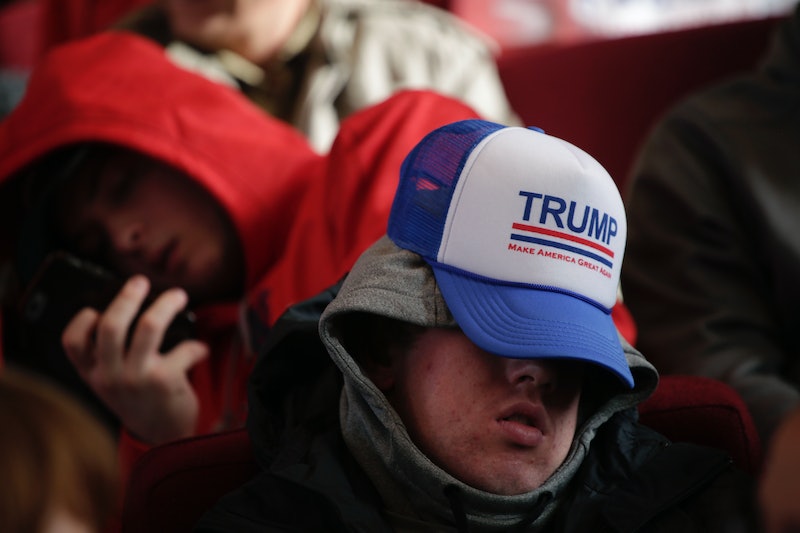 We already know that Republican presidential nominee Donald Trump would be bad for a whole slew of people. And by the looks of it, he'd launch an unprecedented World War based on how he was feeling during any particular day. And now, on top off all that, Trump has pledged to eliminate the one thing that gets people through the day: naps. That's right; Trump wants to ban naps as president. No more slipping into a food coma after eating too much Taco Bell, no more stealth naps at your desk while your boss is away. And if you're a baby during the Trump presidency? Forget about it.

This remarkably heinous proposal came during a campaign event in Roanoke, Virginia on Monday, during which Trump claimed that Democratic nominee Hillary Clinton was "low-energy." While this exact insult did wonders when he used it to cripple his opponent Jeb Bush's image during the primaries, the same can't exactly be said for Clinton. Nevertheless, Trump hit her with this gem:

"She’ll go home, she’ll take a nap for four or five hours, and she’ll come back. No naps for Trump, no naps. I don’t take naps. We don’t have time."

Now, a four- or five-hour nap doesn't sound too bad to me. Twitter was also feeling pretty tired by Trump's promise.

Considering Trump's anti-nap stance, perhaps it would do Clinton well to change her slogan to "Make America Nap Again"? I'd vote for that.