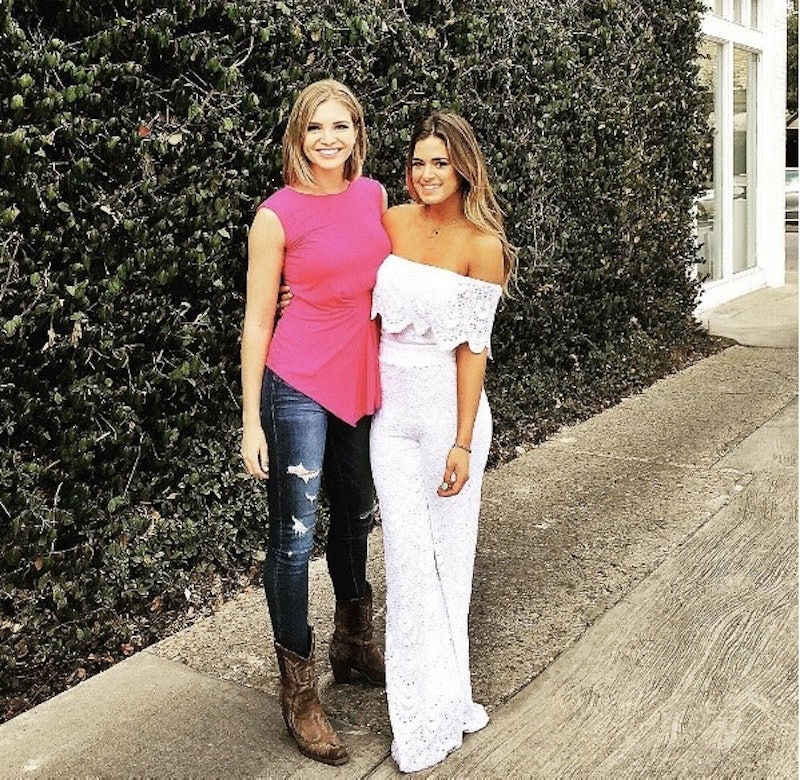 It happens every season. As the episodes roll on and the relationships between the lead and the contestants develop, superfans of Bachelor Nation start to turn on The Bachelor or Bachelorette and question every single decision. I'm starting to see it on Twitter right now, people saying, "How could JoJo get rid of Chase?" or "How could she bring him to the fantasy suite and then dump him?" "How could she get rid of Luke, the one guy that actually cares about her? She's insane! She has horrible judgment in men!" Those comments are hard to see, knowing America is bashing her journey to find love rather than support it, all of its ups and downs included.

On Monday's episode of The Bachelorette, we saw something that was hinted at in the episode before, which was JoJo sending Luke home. A complete emotional breakdown ensued, with people tweeting up a storm and saying, "What was she thinking? Luke was the right one for her!" OK, let's not get ahead of ourselves here. No one knows who is right for JoJo except for JoJo, and even she admitted during the episode that she didn't know whether she was making the right decision and questioned that she could be making a mistake, so it wasn't just a spur of the moment decision in which she wanted to break his heart and say goodbye to him. I even saw people saying they wouldn't watch the rest of the season because JoJo sent Luke home. I'll admit, I was stunned like the rest of America when JoJo sent Luke back to Texas, but there's no reason to not watch the rest of JoJo's love story just because a fan favorite isn't the one at the end of the road down on one knee. Becca Tilley said it perfectly on Twitter when she urged fans to be kinder to Jojo:

Much of America saw Luke as the right person for JoJo, but she didn't see Luke as the right person for her, so why on Earth would anyone disagree with her decision? Why can't we appreciate the opportunity to watch this beautiful woman on her journey to find love, rather than insert our own opinions and judgments regarding who her husband should be?

Later on, we see a one-on-one date with Chase and JoJo, where Chase came out of his shell a bit and accepted the fantasy suite card, where he proceeded to open up and tell JoJo he loved her. In that moment, you could see plain as day on JoJo's face that she didn't feel the same way, and she decided to let him go. Twitter went insane, even with some of my followers tweeting at me saying, "She's so rude! How dare her bring her into the fantasy suite just to let him go!" I get it, it's always tough to watch your fan favorite open up and say the three important words and then get dumped (in fact, it's happened to several people on this season of The Bachelorette).

But did we forget to watch her explanation, was it not clear that making that decision and hurting Chase was not a difficult one? She says to him, "When you said [I love you] to me, in my heart and in my gut, I don't think I felt what I thought I was going to feel. I don't know if I'm in the same place as you. I don't know if spending this night together would change that feeling, and I almost feel like it would be unfair." I don't know how you could possibly show more respect for a person than JoJo did in that moment, not continuing on in the fantasy suite and creating an illusion in Chase's mind that simply wasn't true. Whether she sent Chase home in the fantasy suite or on the streets of Thailand isn't the concern, it's that his fans didn't want to see him vulnerable and get his heart broken, and trust me, that was hard to watch. But it's no reason to turn on JoJo and say she's crazy for making a decision that she felt confident in, when it was very clear from the beginning of their date that she didn't have the same connection with Chase as she had with Robby and Jordan.

As we get closer to the end of the season, we have to remain supportive of JoJo. No one can comprehend the emotional turmoil and guts it takes to be the lead of The Bachelor or Bachelorette, and it's just as difficult for the lead as it is for the contestant. It's clearly not fun breaking the hearts of others, but as JoJo said several times in the episode on Monday, she is just following her heart and doing what her gut is telling her, which we can all relate to. In the meantime, let's rally behind JoJo as we head into the final episode, and let's support whatever decision she makes rather than bashing her on Twitter. I personally can't wait to see how this season ends, and I know that whatever choice she made was the right choice in her heart.