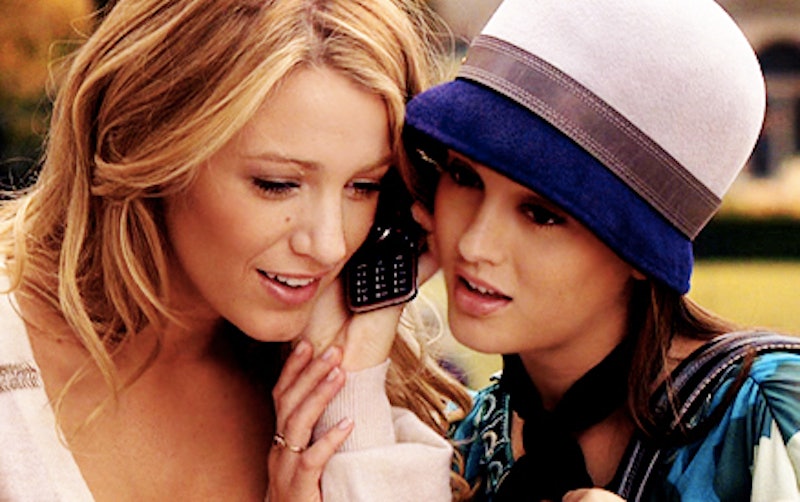 In the age of Netflix, it's completely normal to wonder whether some of your favorite TV shows might finally get that second chance you always hoped they would. With the Gilmore Girls revival due before 2016 is out, it feels as though anything as possible. Maybe one day we'll find out whether Joey and Pacey stayed together in Dawson's Creek, or if Felicity ended up divorcing Ben in favor of Noel on cancelled-too-soon Felicity. Above all, though, I'm holding out hope for finding out what happens next to Blair, Serena, and the gang on Gossip Girl. As the show relied so heavily on technology, so much would change if the series was rebooted. Gossip Girl in 2016 would be totally different for several major reasons.

I don't believe for a second that life was happily ever after for gang in Gossip Girl following the series finale. For starters, Serena should've ended up with Nate, and I can't be the only one who thinks so. While it's hugely unlikely that the original cast would ever return for any reunion episodes, we can still dream, right? With the ever-changing nature of technology, there would be some pretty big changes ahead if the show came back in 2016. In the same way that MTV's Scream reboot has utilized the likes of podcasts, mobile ringtones, GIFs, and GPS technology, which were all things the original movie didn't have, Gossip Girl would have to make some major adjustments in 2016.

For one, the evolving face of social networking would have a big impact on the Gossip Girl crew. With the introduction of Facebook Live, Gossip Girl updates would be way more instantaneous than they often were, and would take the word stalker to a whole new level. Forget people texting photos of Serena and Blair to Gossip Girl. There would be multiple camera angles on them both at all times, with strangers in the street updating their Facebook statues with Live Video.

Gossip Girl was great at keeping live tabs on important members of the group at all times, but, as mobile phone technology gets better with every update, it'd be difficult to escape the spotlight in 2016. From apps like Tinder revealing the distance a person is from you, to Facebook showing which of your friends are nearby, tracking people just got a whole lot easier. Basically, in 2016, Gossip Girl would be out of a job, because we've all got a handle on how the internet works now.

It's also crazy to think that Gossip Girl's identity was kept a secret for so long. I'm pretty certain that most of us have at least one friend who's great with computers, and can work out a person's identity based on the scarcest information. Why didn't someone with loads of money like Blair or Chuck simply hire a tech extraordinaire to figure out who was behind all of the craziness? With this in mind, any 2016 reboot of Gossip Girl would likely need to take into account just how difficult it would be to remain secret for six seasons, and change the show's format accordingly.

Considering some of the information spread by the one and only Gossip Girl was often fake or misleading (for instance, the rumor that Serena had an STI!), wouldn't the person behind the persona be held accountable for a number of crimes? Slander and libel were rife when it came to Gossip Girl, and a reboot of the show would need to take into account the criminal charges that might have to be faced.

I would love to see a Gossip Girl reboot, even if the world's changing technology would inadvertently turn the series into a different show altogether. Probably time to start an online petition and make it happen.