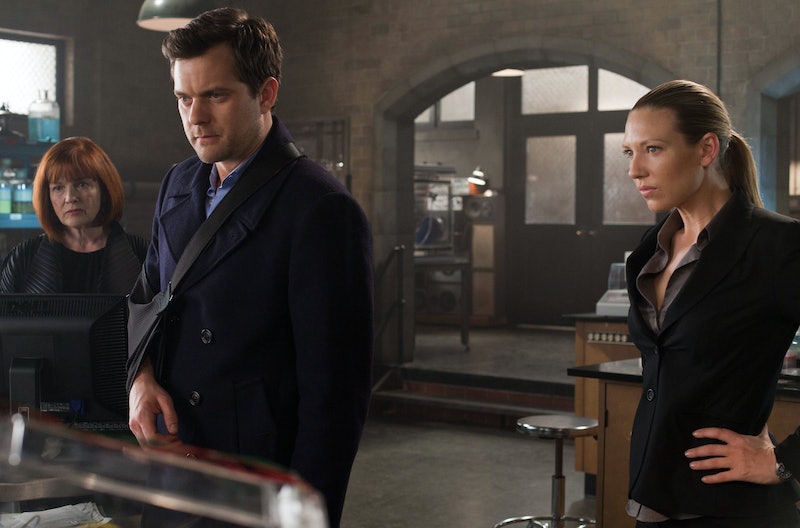 As a perfect blend of cop show procedural, bizarre mystery, and sci-fi, the genre-bending Fringe was destined for greatness (by greatness, I clearly mean a small, but fervent fan base, and an unforgettable legacy). The show was as quick and filled with oddities as it was intelligent, which is why there are so many Fringe quotes that you can drop into any conversation to make yourself sound smarter. You didn't think I was going to make that connection, did you? Oh, I did.

Thanks to the amazing and somehow relatable FBI agent Olivia Dunham, Dr. Walter Bishop, Dr. William Bell (played by the Leonard Nimoy), and Walter's estranged son Peter, Fringe is so densely packed with story and character that it's easily of the most highly quotable shows to have ever graced our screens. Below, you will find 14 lines from Fringe that you can add into your daily convos to make yourself sound smarter. (Spoiler alert: a large majority of these quotes are, unsurprisingly, from Walter Bishop because no one can ever understand what he's saying. You know, because he's too brilliant and hilarious for us mere mortals.)

1. On Using Any Type Of Phone Other Than A Cell Phone

Dr. Walter Bishop: "Blasted thing. What I wouldn't give for a good old-fashioned tumor-inducing cell phone."

Someone hands you a house phone to use? How dare they. Drop this line.

2. On Mobius Strips (AKA Something About Math)

Peter Bishop: is that it?

September: You say that as if we're not carrying enough technology that can bend space and time into a Mobius strip.

The Mobius strip is a surface with only one side, one boundary, and no edges. Think: a looped paper strip with a half twist. Basically, it's a non-orientable mathematical property and referencing it in any way, shape, or form (pun intended) will make you sound like you understand things about the world.

Dr. Walter Bishop: "Unless you have an IQ higher than mine, I am not interested in what you think."

A pretty sick burn. Only use this if you highly dislike whomever you are speaking to. Also, maybe try not saying it out loud? Just looking out.

4. On Proving Others Wrong (Only If You Have To)

Phillip Broyles: "Forty percent of all the information you provided is not correct."

A little harsh, but if you must, you must.

Dr. Walter Bishop: "Fire up that laser, Agnes. Let's get that hand out of amber."

It's never not a good idea to use "fire up that laser" in a sentence, especially and most pertinently when you are putting on airs.

Peter Bishop: "You are nothing but tech. I would be ten times what you are if I had that tech in my head."

Should you ever find yourself in a mental brawl with a robot, use this line to assert dominance. Then, run away as fast as your human legs will allow.

7. On Low-Key Bragging About All The Languages You Speak

Dr. Walter Bishop: "Don't you understand this is Greek to me, except that I speak Greek. This is Aramaic to me. Not the western dialect, I do speak it."

Astrid Farnsworth: "Walter, is there a mine there?"Dr. Walter Bishop: "Mime? The only mime I know of is Marcel Marceau. What does he have to do with any of this?"

Party trick alert. Any time someone says "mine," pretend that you heard "mime" and drop the name "Marcel Marceau" to prove that you know (at the very least) the name of one famous mime. What else do you know, you overflowing cup of performative arts trivia?

9. On Asking For An Instrument Or Piece Of Cutlery

At the dinner table and/or if you are out to dinner with people you are trying to impress, always ask for "the long handle stainless spoon" instead of just "the spoon."

10. On The Universe Collapsing

"Nina Sharp: Now I know how it sounds, but I believe she was activated to power the universe collapse."

The "she" in question can be anyone from a celebrity to someone in politics to your own mother. As long as you are talking about the collapsing of universes, you will sound bright.

William Bell: "The bible tells us God created his universe in seven days. It has taken me considerably longer."

The ultimate humble brag: comparing yourself to God, but also admitting that you are not quite as almighty. Keep yourself grounded and yet above it all.

William Bell: "In this game of skill one must have above all else, patience. The board changes, but very slowly. The art of chess, the art is knowing when a piece is most valuable and then, in that very moment, being willing to sacrifice it. For in the vacuum created by the loss of what is most precious, opportunity abounds, influences maximize, and desire becomes destiny."

Peter Bishop: Walter, could the connection between our two universes be what's facilitating this psychic link?

A genius pick up line that makes you appear 1.) dreamy and 2.) astute.

September: "I am called September, but that is a code designation given members of our scientific team."

Just replace "September" with your own name, and prepare to leave everyone in awe upon meeting you.

Now, go forth, smarty pants, and wow them all with your intellect.

More like this
20 Photos From The 'Stranger Things' Season 4 Premiere To Make You Feel Old
By Alyssa Lapid
'Conversation With Friends' Star Alison Oliver Is Dating A 'Normal People' Alum
By Rachel Mantock
'Gentleman Jack’s Cast & Crew Are Keen On Season 3, Too
By Frances Stewart
The 'It's A Sin' Creator Revealed A Massive Detail That Didn't Make The Final Cut
By El Hunt
Get Even More From Bustle — Sign Up For The Newsletter