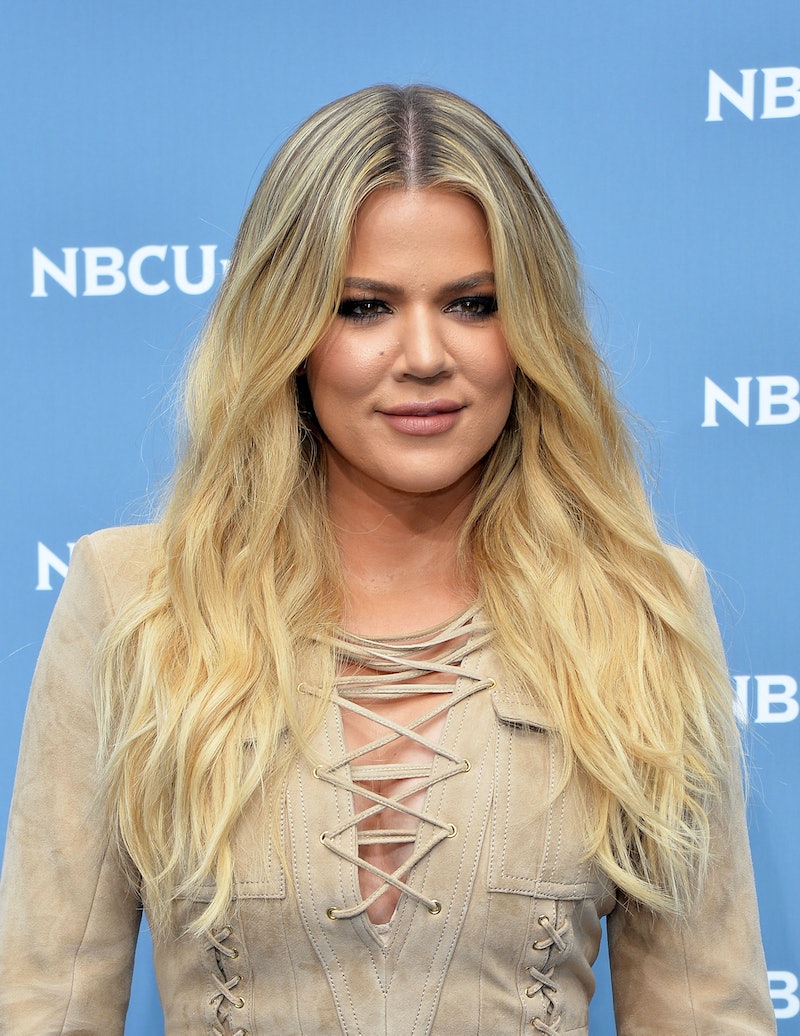 As a reality star turned presidential candidate, Donald Trump's résumé is rather unique compared to nominees past. And it's because of his time on TV that another reality star is voicing her opinion on his candidacy. I'm talking about none other than Khloé Kardashian. On this week's episode of Chelsea Handler's Netflix show Chelsea, Kardashian dished on Trump and Celebrity Apprentice . While sometimes people judge others from afar, the 32-year-old filmed a show with Trump, so her opinions are based on firsthand experience. And spoiler alert: They're not the best. According to People, Kardashian told Handler,

"I hated every minute of it. I was put in situations I would never be in in real life... [I was] stressing myself out, and then dealing with [Trump] and about to be fired, I'm like, 'F*ck you. I don't want to do this.'"

Wow, tell us how you really feel KoKo! Kardashian also revealed she didn't want to do the show, but momager Kris Jenner made her participate. Back in 2009, she appeared in Season 2 of Celebrity Apprentice (which is the eighth season of the entire Apprentice franchise), along with stars like Tom Green, Joan and Melissa Rivers, and Dennis Rodman. When asked how she feels about Trump running the country, Kardashian straight-up said, "I don't think he would make a good president."

I'm not saying that Kardashian is a beacon of political knowledge, but I'm also not saying she's not. Sure, you shouldn't base your vote on who a famous person is voting for. But instead, I'm viewing this intel as a firsthand account of what it was like to be on a TV show with Trump. If filming Celebrity Apprentice was so miserable, that certainly makes me weary of his ability to run the country, considering he hosted and executive produced the show. In many ways, he was responsible for what the series was like. A reality TV show is minor compared to an entire nation.

Perhaps the best part of Kardashian's Chelsea appearance was when she was asked how she'd feel if Kris Jenner decided to run for office. She didn't diss her mom, but she was realistic: "I love my mom. I don't think I would get behind it. I just don't know if we're ready for the White House."

Although the thought may seem laughable right now, you really never know. Jenner does have the same qualifications as Trump, in terms of a TV background and various successful business ventures. I guess we'll have to see if there's a Kardashian family campaign in 2020. (Just don't count on Khloé to endorse it.)